France election: Far-right Le Pen says 'This is our country!' 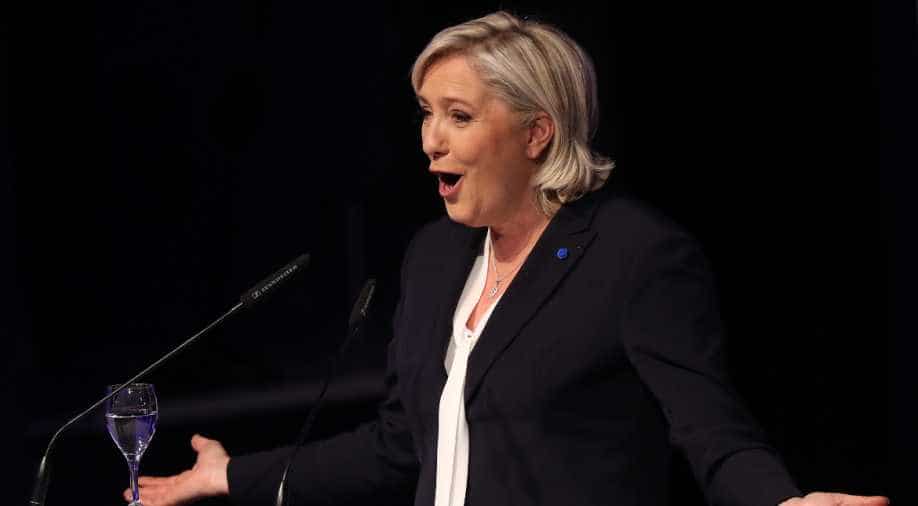 France's far-right party leader Marine Le Pen on Sunday told thousands of flag-waving supporters chanting "This is our country!" that she alone would protect them against Islamic fundamentalism and globalisation if elected president in May.

"It is pretty obvious, the left-right division doesn't mean anything anymore," Le Pen told supporters at her campaign launch rally in Lyon. "The division is not between right and left anymore, but between patriots and pro-globalisation."

In 144 "commitments" published on Saturday, Le Pen said she would drastically curb migration, expel all illegal migrants and reserve certain rights now available to all residents, including free education, to French citizens only. Her anti-EU National Front (FN) government would also take France out of the euro zone, hold a referendum on EU membership, slap taxes on imports and on the job contracts of foreigners.

With hitherto favourite Francois Fillon, a conservative, embroiled in scandal over his wife's job and rising centrist star, Emmanuel Macron, yet untested, Le Pen's FN says it can thwart polls that see her losing in a second round run-off. Le Pen's anti-immigration, anti-EU policy platform appealed to supporters at the rally.

"Do you think this is normal that a French family who has been working for all their life, can't not even pay for food to eat, while we are giving millions of euros to foreigners?" said construction worker Pierre Megias, after the rally.

"When we see other candidates emerging, such as Emmanuel Macron, who is a banker, supported by bankers and so on...I don't think what he wants to fight for is the French identity," she said.

The most recent polls indicate that Marine Le Pen would win the first round of the presidential election, but she would be beaten in the second round, whichever candidate she faces.

On the other side of Lyon, far-left firebrand Jean-Luc Melenchon held a rally, as did centrist Macron, as candidates keep a close watch of each other's moves.