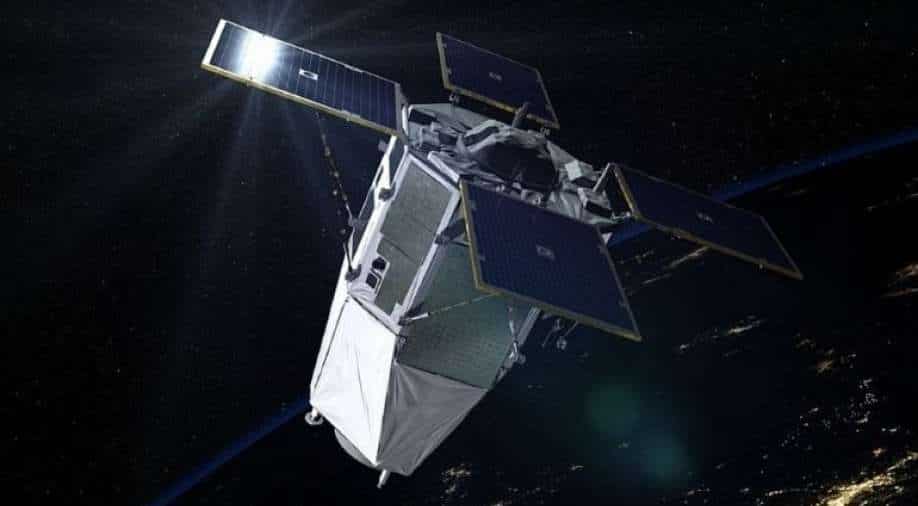 Germany, Italy and the US are participating in the AsterX space war game at France's national space agency CNES in Toulouse, the first such exercise in France or in Europe

France on Friday prepared to simulate an attack by a hostile power on one of its satellites in a war game scenario the government said is less outlandishly futuristic than it may seem.

President Emmanuel Macron was to watch onsite as his military chiefs started to play out a four-day sequence in which an unnamed space-capable power attacks a nation allied to France, and tries to take out a French communications satellite.

Germany, Italy and the US are participating in the AsterX space war game at France's national space agency CNES in Toulouse, the first such exercise in France or in Europe.

It is an opportunity to simulate modifying the flight path of satellites, sending backup satellites to fix a breakdown, monitoring the transmission of sensitive data and scrambling transmissions by hostile satellites temporarily or even shutting them down completely.

The scenario of the exercise may be fictional, Macron's office said, but is far from implausible.

The French government accuses Russia of having brought its intelligence-gathering satellite Olymp-K, also known as Louch, into close proximity of the French-Italian military satellite Athena-Fidus in 2017 in what Defence Minister Florence Parly called "an act of espionage".

Last year, the US claimed that Russia had conducted a non-destructive anti-satellite weapons test from space.

Macron's office said there had been other similar incidents since, but gave no details.

Before the exercise kicked off, Macron headed a meeting of the space command, a body created in 2017 to run France's military strategy in space.

"We need to have the means for action if we detect dangers that weigh on our capabilities or those of our allies," Macron's office said, adding that an attack on a satellite could, for example, disrupt the military's communications network