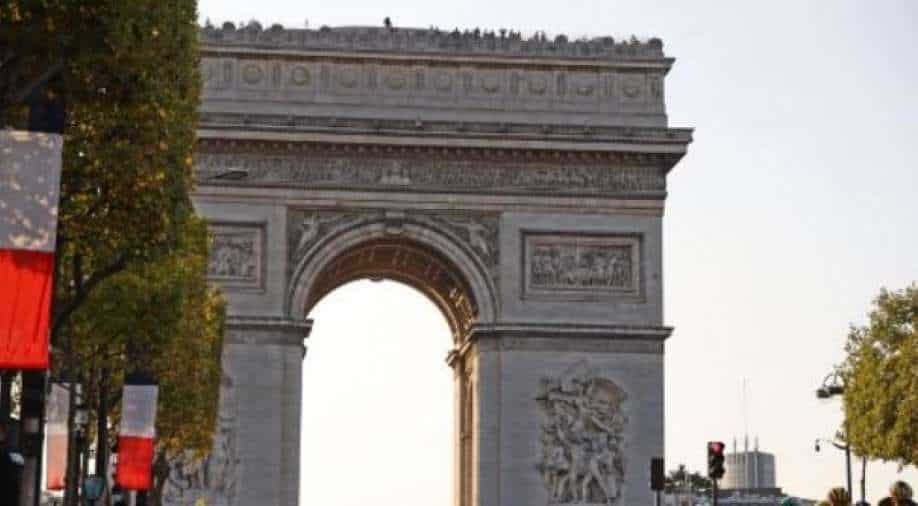 The area around Champs-Élysées has been evacuated as police search for evidence, reports say.

According to reports, police was deployed in Champs-Élysées in France after a bag of ammunition was reportedly discovered near the Eiffel Tower.

There is also a bomb scare at the Arc de Triomphe, reports said. However, traffic was back to normal later, police said.

Also Read: Why Macron is paying the price for not believing in politics of appeasement

The area around Champs-Élysées was evacuated briefly as police searched for evidence, reports said.

France is on high alert after the beheading of a teacher this month by an 18-year-old Muslim man.

Also See: Anti-Macron protests soar across the world in the aftermath of France beheading

French school teacher Samuel Paty was beheaded in a Paris suburb after showing his students Mohammed cartoons during a lesson on freedom of expression.

President Emmanuel Macron vowed that the country "will not give up cartoons" as he was vilified by protesters in Bangladesh, Pakistan, Syria, Gaza Strip and Libya.

Meanwhile, the French government has urged its citizens to be cautious in countries that have announced the boycott of French products after Turkish President Erdogan backed calls to boycott French goods.

"In several countries in recent days, there have been calls for a boycott of French products, particularly foodstuff, and more generally calls to protest against France," the French foreign ministry said.

"It is advisable to avoid areas where demonstrations are held, to stay away from gatherings, and to follow the guidance of the relevant French embassy or consulate," it added.

"It is recommended to be most vigilant, especially when travelling, and in places frequented by tourists and expatriate communities," the French government said.