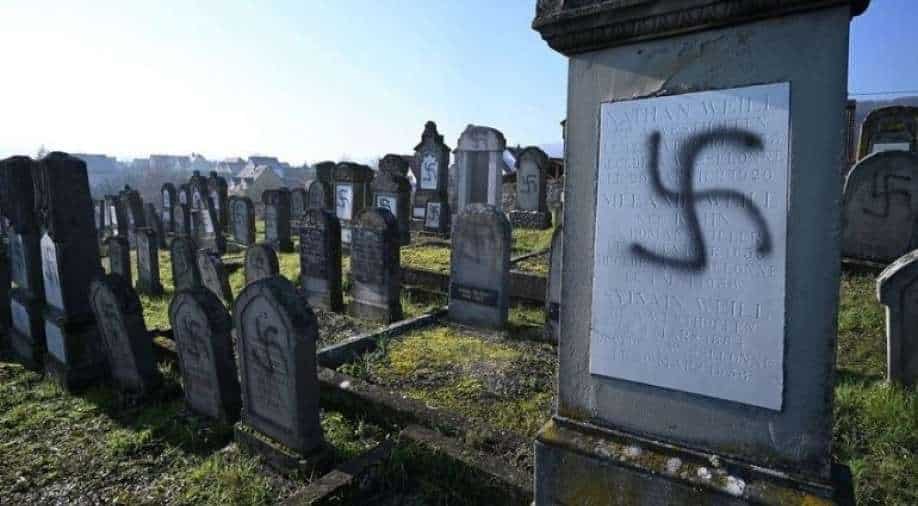 Authorities in eastern France said Tuesday they had found 107 tombs desecrated with swastikas and anti-Semitic slogans in a Jewish graveyard near the German border.

The vandalism in the town of Westhoffen, west of the city of Strasbourg, was found hours after a comparable assault on another Jewish burial ground in the close by town of Schaffhouse-sur-Zorn.

French President Emmanuel Macron visited the cemetery, in a village near Strasbourg, telling community leaders: "It's important for me to be here with you today."

France has the biggest Jewish community in Europe, with approximately 550,000 people.

French Interior Minister Christophe Castaner denounced the "egregious demonstrations" on Twitter, adding that everything was being done to guarantee the miscreants are dealt with.

Police are exploring, while nearby specialists said they were attempting to ensure such assaults don't occur once more.

The VP of the International Auschwitz Committee, Christoph Heubner, said the episode "shocks and disturbs Holocaust survivors around the globe."

The Alsace area has seen a progression of bigot and hostile to Semitic episodes as of late that have set off a public discussion about bigotry in France, home to Europe's biggest Jewish people group.

In February, in excess of 90 graves were smeared with insignias at the Quatzenheim Jewish graveyard northwest of Strasbourg.

As per police figures, the quantity of against Jewish offenses answered to specialists expanded 74% in 2018 contrasted and the earlier year.