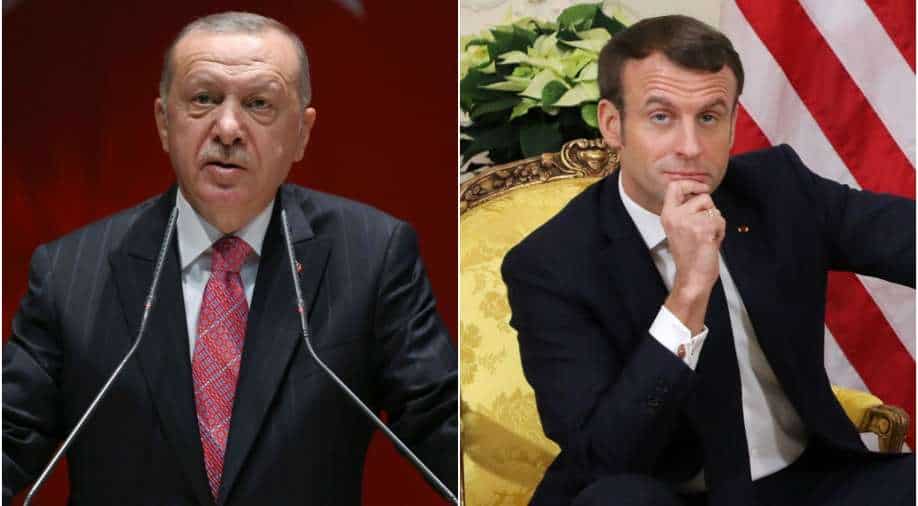 Erdogan backed a two-state solution in Cyprus between the internationally recognised Greek Cypriot government in the south and the Turkish-occupied north, in a marked divergence from international efforts to reunify the island based on a bicommunal federation

France on Wednesday accused Turkey of a provocation after President Recep Tayyip Erdogan pressed for a two-state solution for Cyprus during a visit to the Turkish-occupied north of the Mediterranean island.

"France deeply regrets this unilateral move which was not coordinated and constitutes a provocation," the foreign ministry said in a statement.

"It undermines the restoration of the confidence necessary for the urgent resumption of negotiations for a just and lasting settlement of the Cyprus question."

Speaking to members of his ruling AK party via video conference, Erdogan had said "the only demand of the Turkish Cypriots at the table in international negotiations is the recognition of the status of a sovereign state. All offers other than this have expired."

He also threw his weight behind plans to partially reopen a coastal resort that was emptied of its original Greek Cypriot residents.

France, which is currently chairing the UN Security Council, will raise the issue at discussions there on Thursday, the ministry said.

"France reaffirms its attachment to the framework endorsed by the UN Security Council, based on a bizonal and bicommunal federation, offering the two communities full guarantees of their political equality," it said.

The island is divided between the Greek Cypriot-run Republic of Cyprus and the self-declared Turkish Republic of Northern Cyprus, recognised only by Ankara.

Turkish troops seized Cyprus's northern third in 1974 in response to an aborted coup in Nicosia aimed at attaching the country to Greece.