Fourth round of relief measures to be introduced in Hong Kong, US bill 'wholly unnecessary': Carrie Lam 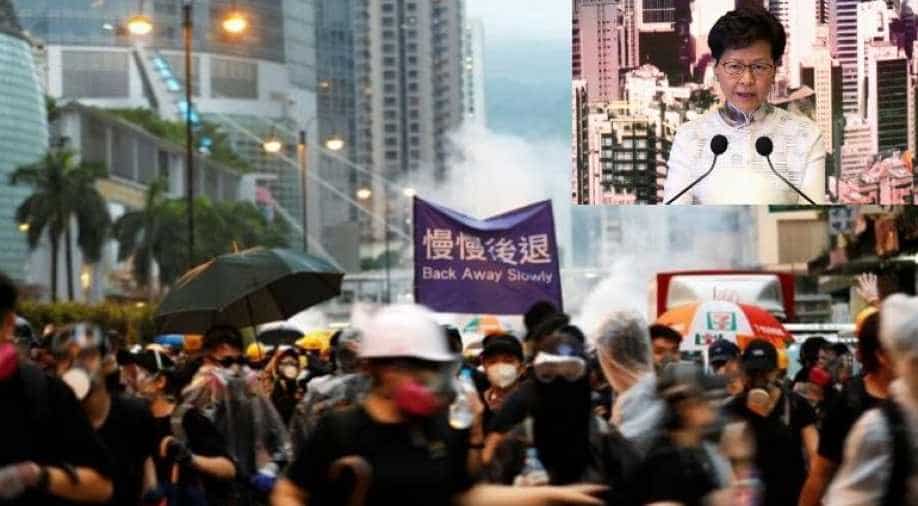 Carrie Lam, Hong Kong's leader today said that her administration is planning to introduce a ''fourth round of relief measures'' soon to revive the city's economy owing to six months of violent protests.

After the long stint at Hong Kong Polytechnic University, the protests were refuelled yesterday during day time. Lam was speaking after a mass demonstration over the weekend in the Asian financial hub that saw police fire tear gas to disperse thousands of anti-government protesters, ending a rare lull in violence.

Hundreds of office workers in Hong Kong's business district gathered on Monday for the first in a week of lunchtime protests backing the pro-democracy movement after its resounding victory in district polls held last week in the Chinese-ruled city.

Lam said on Tuesday US legislation supporting protesters may damage business confidence in the financial hub.

Lam told reporters the Hong Kong Human Rights and Democracy Act signed into US law last week was "wholly unnecessary", as the former British colony grapples with its first recession in a decade.

The act requires the US State Department to certify at least annually that Hong Kong retains enough autonomy to justify favourable US trading terms, and threatens sanctions for human rights violations.

"The impact currently is on confidence ... because corporates will be worried about the actions the US government may take in the future after they review this legislation," Lam said.

On Sunday, police again resorted to firing tear gas to disperse thousands of protesters as they marched past the city's Kowloon waterfront, after first going to the US consulate on Hong Kong island to show gratitude for Washington's support.

There was no such confrontation at the two-hour rally in the central business district on Monday, as some people went back to their offices after their demonstration of solidarity. Others said they would be striking for the full five days.

The gathering in Chater Garden probably drew Hong Kong's best-dressed protesters, and organisers have called on them to come out every day this week.

Protests over the last six months have drawn a wide swathe of Hong Kong society, from students to pensioners. Even white-collar professionals, like those in Chater park, have sometimes blocked roads in recent weeks, leading to face-offs with police.

Protests that have paralysed Hong Kong for nearly six months are pushing residents to seek new lives abroad, with many turning to nearby democratic Taiwan to escape the uncertainty at home.

But the number granted short-term and permanent residency in Taiwan rose nearly 30 per cent to over 4,000 between January and September from a year earlier, with investment from Hong Kong almost doubling.