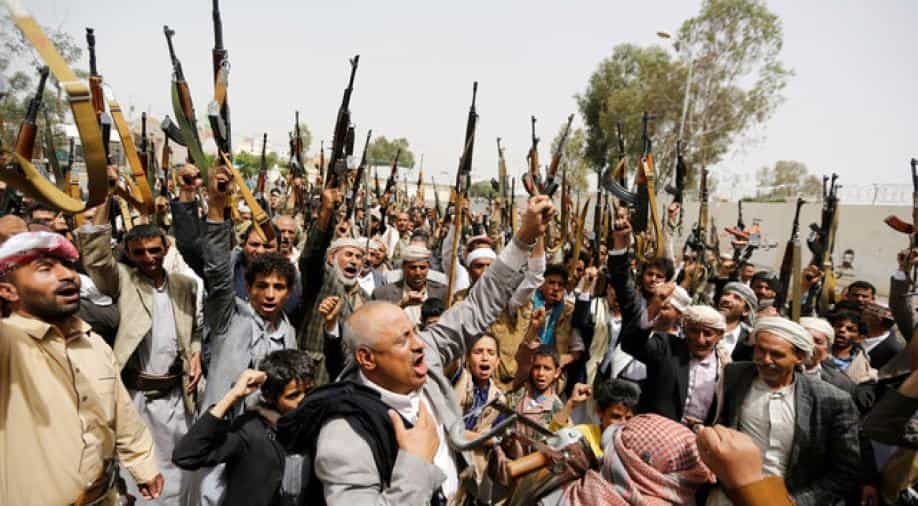 Clashes between the Houthi group--the Shi'ite rebels-- and pro-Hadi forces broke out in an attempt to retake the southern Yemeni city from the Houthis. Yemen's exiled government has been fighting a war backed by Saudi-led air strikes. Photograph:( Reuters )

Fourteen government soldiers were killed on Sunday in a push to retake a southern Yemeni city from the Iran-allied Houthi group in one of the deadliest days since a shaky ceasefire tentatively took hold last month, military officials said.

Yemen's exiled government has been fighting a war backed by Saudi-led air strikes and ground forces to win back the capital of Sanaa from the Houthis, whom it views as a proxy of Tehran.

Backed up by local tribes and militias, army forces attacked the city of Beihan in southeastern Shabwa province which sits on a main road leading to Sanaa some 100 km (62 miles) away.

Military and local officials said several fighters on the Houthi side were killed and injured in the battle adding that government forces were advancing deeper into the town.

The Shi'ite Muslim Houthis, who took power in late 2014, deny they are puppets of Iran and say their armed fight is a revolution against corruption officials.

Clashes have repeatedly broken out there between Houthi and pro-Hadi forces despite a ceasefire which began on April 10, which has mostly stopped fighting and buttressed weeks of inconclusive U.N.-backed peace talks in Kuwait.