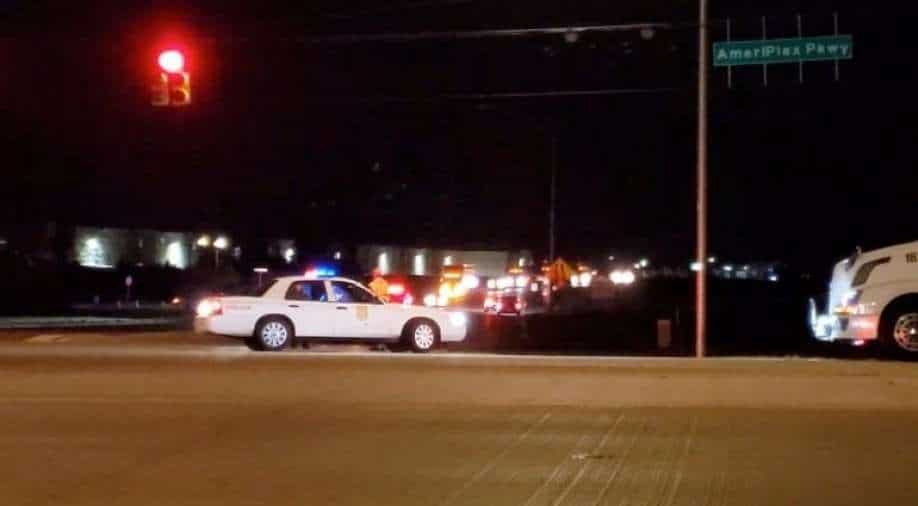 Police is seen at a street following a shooting incident at a FedEx facility in Indianapolis, Indiana, US April 16, 2021, in this still image taken from a video Photograph:( Reuters )

Khalsa said that the FedEx facility in question, situated near the city’s international airport provided employment to older members of the Sikh community who did not speak English very well

Among eight people who were killed at a shooting in FedEx facility in Indianapolis on Thursday included four people belonging to the Sikh community. The three women and one men were identified by a community leader on Friday.

"Out of eight, four are Sikh community members," Gurinder Singh Khalsa said. He claims to be the leader of the local Sikh community and told Reuters that he had spoken to the families of those who had died.

Additionally, Khalsa said that the FedEx facility in question, situated near the city’s international airport provided employment to older members of the Sikh community who did not speak English very well. Even then, Indianapolis police have not confirmed the identities of the victims so far.

Komal Chohan, a law student told Reuters on Twitter that her grandmother Amarjeet Kaur Johal was among the eight victims. She added how many of her relatives who worked at the facility were traumatised.

"This is a tragedy, but we will come through it with flying colours," Cook said through tears during a news conference early Friday.

Police believe the shooter has died by suicide. Cook said officials do not believe there is an active threat to the community. FedEx released a statement early Friday saying it is cooperating with authorities and working to get more information.

“We are aware of the tragic shooting at our FedEx Ground facility near the Indianapolis airport. Safety is our top priority, and our thoughts are with all those who are affected,” the statement said.

A Reuters estimate claims that over 500,00 Sikhs live in the United States.