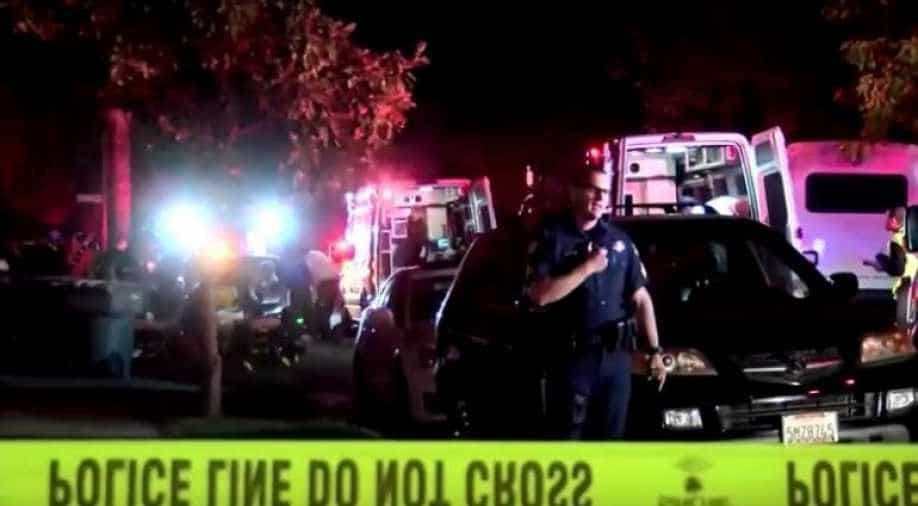 No information about the shooter has been made public yet

Four people were shot dead and six others wounded while watching a football game in the backyard of a central California home on Sunday, police said.

"One was critical and... succumbed to his injuries" after being rushed to a hospital, he added.

Police were called to the scene after at least two people snuck into the backyard of a home in Fresno, around 320 kilometres north of Los Angeles, and opened fire.

Earlier, the Fresno Bee newspaper reported that several people had died and at least nine were injured in the aftermath of a mass shooting in southeastern California's Fresno.

Lt Bill Dooley told the Bee that at least nine people had sustained injuries after a "mass casualty" shooting incident in the backyard of a house, which left "several" people dead.

"Officers arrived on the scene, what we found were several individuals deceased in the backyard. We do have multiple shooting victims. We’re not releasing the total number yet," Dooley said.

No information about the shooter has been made public yet, with Dooley saying that "unknown suspects" had opened fire and then ran away.

According to him, a family gathering was taking place in a backyard when the attack took place.

Additionally, the victims have been taken to a local hospital.

(With inputs from Sputnik and AFP)