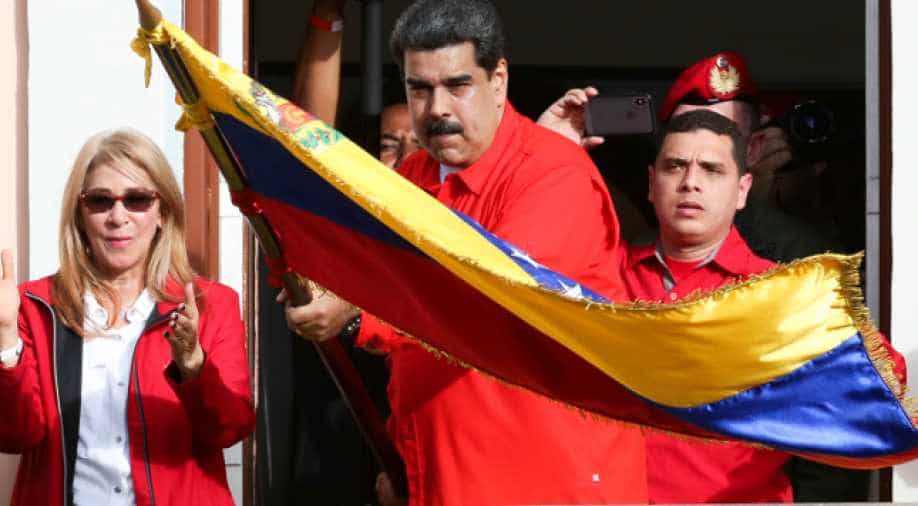 Russian President expressed support for Maduro in a phone conversation.

US Secretary of State Mike Pompeo on Thursday warned Venezuela's Nicolas Maduro against use of force on mass demonstrations as he urged further international support for the self-declared acting president.

"The time for debate is done. The regime of former president Nicolas Maduro is illegitimate," Pompeo told the Organization for American States at a special meeting at its Washington headquarters.

US ally Britain said Nicolas Maduro was "not the legitimate leader of Venezuela" and that London would support the presidential claim made by opposition leader Juan Guaido.

"The United Kingdom believes Juan Guaido is the right person to take Venezuela forward. We are supporting the US, Canada, Brazil and Argentina to make that happen," Foreign Secretary Jeremy Hunt said in a statement.

European Parliament president Antonio Tajani said Nicolas Maduro must step down immediately to make way for a peaceful transition through free and fair elections. In a stronger statement than other EU leaders, who did not explicitly call for Maduro's ouster, Tajani also described Venezuela's self-declared leader Juan Guaido as Europe's only legitimate interlocutor.

"In the face of general discontent, Maduro has to go now," Tajani said in a statement.

"It is clear that the Venezuelan people are fed up with the illegitimate regime of Maduro, that did not win the presidency in free and fair elections and clings to power while imprisoning the opposition," he said.

Tajani said he spoke anew with Guaido, the president of the National Assembly who has declared himself president.

"President Juan Guaido is the only institutional interlocutor in Venezuela because he is the one who enjoys democratic legitimacy," he added.

"We are very concerned with the risks of violence and the repression of the regime in the face of massive protest marches," the Italian politician said.

"A peaceful transition of power must be prepared through free and credible elections," Tajani said.

He urged the EU and other world powers to help with a transition back to democracy in Venezuela.

Speaking on behalf of the 28-nation bloc, the EU's diplomatic chief Federica Mogherini said the voice of the Venezuelan people "cannot be ignored" and called for "free and credible elections."

She stopped short of calling for Maduro's ouster and endorsing Guaido.