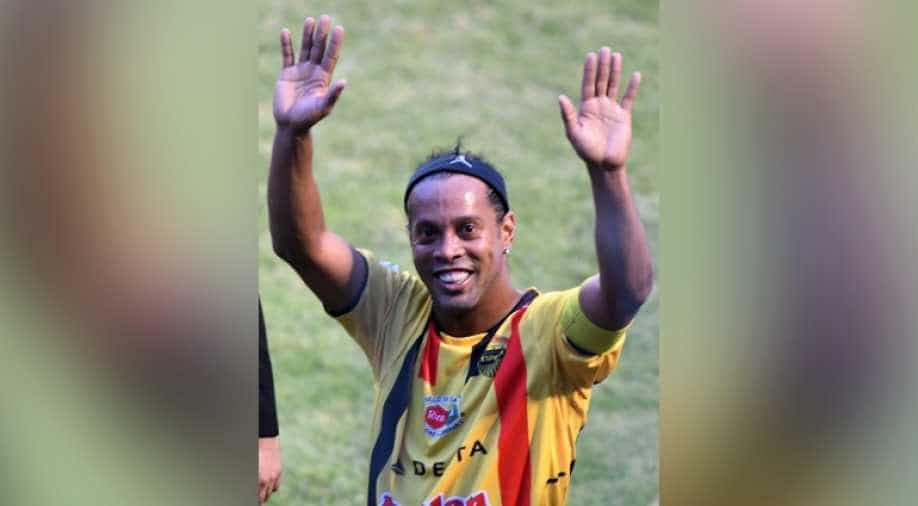 Paraguayan police said Ronaldinho and his brother were taken into custody just hours after a judge refused to ratify a prosecutor's proposal for an alternative punishment.

Former Brazil and Barcelona forward Ronaldinho Gaucho was arrested in Paraguay on Friday for attempting to enter the country with an adulterated passport, Paraguayan police said.

Gilberto Fleitas, the head of the investigations unit of the Paraguayan police, said Ronaldinho and his brother were taken into custody just hours after a judge refused to ratify a prosecutor's proposal for an alternative punishment.

"The detention order has been carried out," Fleitas told Reuters.

TV pictures showed the pair being taken in a police vehicle from the Sheraton hotel in Asuncion to a police station on the outskirts of the city.

Ronaldinho and his brother Roberto Assis, who is also his business manager, are expected to face a judge on Saturday who will decide whether to free the pair or keep them in custody while investigations continue.

Their unexpected arrest came just hours after the two brothers appeared set to leave the landlocked South American nation and draw a line under their tumultuous stay that began on Wednesday when they were questioned by police after presenting falsified passports on arrival at the Asuncion airport.

Federico Delfino, a prosecutor investigating the case, said he believed the two had been tricked into accepting Paraguayan passports on arrival and recommended that because they had cooperated with official they be released after paying an alternative punishment.

However, a judge rejected that accord on Friday and just minutes later the deal was abrogated by the top public prosecutor.

Arrest warrants were then issued for both the former Gremio, AC Milan and Paris St-Germain player and his brother.

Officers from the organised crime and economic crimes units have been tasked with handling the case, a statement from the top prosecutor’s office said.

Reuters has contacted the lawyer for both men to ask for comment on Friday's developments.

The brothers were invited to Paraguay by a local casino owner and had arrived on Wednesday to take part in a soccer clinic for children and a book launch.

Although he last played professionally in 2015, Ronaldinho, who also turned out for Brazilian clubs Atletico Mineiro, Flamengo and Fluminense, is still hugely popular with global football fans for his skills and showmanship.

The 39-year-old was the best player in the world at his peak in the early part of this century.