Forecast for 2021: What to expect from different countries across the globe 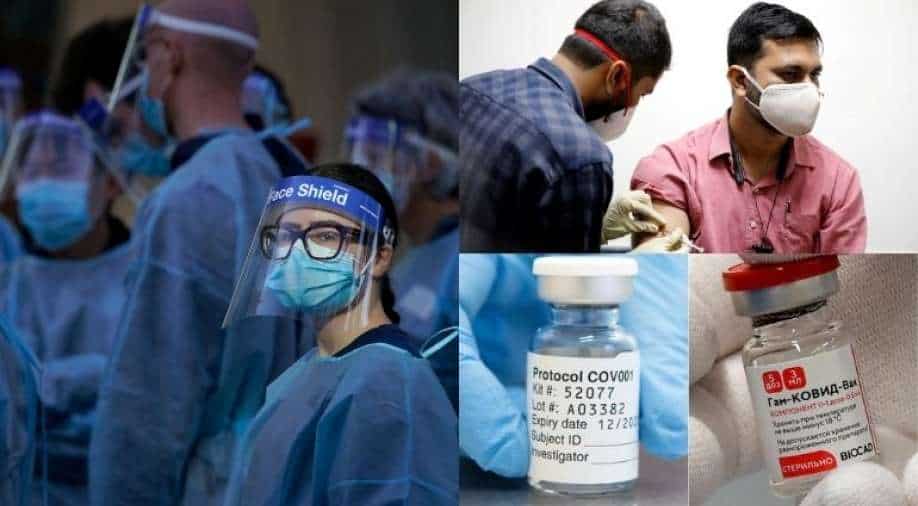 With 2020 slinking into history and the beginning of 2021, people all across the globe are wary of what can be expected after an unprecedented year.

Today is the first day of the new year and it's time to look ahead. To answer all the questions in people's minds, WION has made a forecast for 2021

Let's start with the most fundamental questions.

The first that pops up in everybody's minds is that will the pandemic end?

While the short answer is no. The long answer is the virus is here to say for now.

For a pandemic to end, the world needs to develop herd immunity against a disease.

Going by most projections, 60 to 80 percent of the global population needs to be immune to the Wuhan virus which means, billions will have to be vaccinated.

As of today, a little more than 10.3 million people have got a shot in 29 countries. And herd immunity will take a lot of time to achieve.

The second most important question that everybody wants to know the answer to desperately is will we have vaccines?

The answer is yes, we already do. However, there will not be a shot for everyone.

Rich countries have most of the available shots. They have booked 51 percent of the global supplies. But poor countries don't have the shots they need.

Two numbers that must be considered are. 15 billion doses are needed to inoculate the planet...

COVAX, the global initiative to ensure vaccines for all-- is not even close. So far they only have agreements to secure around two billion doses.

According to one report, low-income countries might have to wait until 2023 or 2024 for vaccination.

What about the global economy? Will it see a rebound?

Yes. But, the recovery will be partial. The International Monetary Fund predicts global growth will bounce back to 5.2 percent in 2021.

So, there is an improvement. But the IMF says the return to pre-pandemic level growth will be "long, uneven and uncertain"

The global economic activity hasn't fully resumed. Travel restrictions are still in place. By November last year, more than 150 countries and regions had eased some rules. But, several restrictions remain.

A serious outbreak means a return to the lockdown. Just before Christmas. Several countries in Europe restricted movement again...

With the UK facing a travel ban from more than 10 countries, a full economic revival is next to impossible.

Let's zoom in and talk about India.

What role will India play in these circumstances? How will India engage with the world? What can we expect from New Delhi?

Here is our 2021 forecast for India: It will play a critical role in the supply of coronavirus vaccines to several countries worldwide//change

In 2020, India cemented its position as the "pharmacy of the world" by supplying medicines for Wuhan virus treatments to more than 150 countries.

Considering the shortage in supply, India could leverage the same distribution networks and pitch into supply vaccines.

Almost 70 percent of the WHO's vaccine procurements are from India. The world will have to turn to India to fill the gaps...

After the provocations of 2020, how does India plan to tackle the threat from China?

To tackle China, India has to work on three levels: Defence, economy, and diplomacy...

On the military front --- India has managed to force a status quo on the border by capturing key heights...

On the economic and diplomatic front --- India needs to build alliances, reach out to allies, find common ground with like-minded partners.

In 2021, a new force called the D-10 will rise to tackle China. It is an emerging alliance of democracies that India is likely to join...

Later this month, British PM Boris johnson will visit India for Republic Day. He is bullish on the D-10.

The UK is hosting the G-7 summit this year and Johnson wants to turn this into a D-10 event.

A new alliance to combat China is rising. India is expected to play a role at the D-10 forum and take a tougher line against China.

A lot will depend on how the border standoff shapes up.

2021 is expected to be an eventful year as the world begins to rebuild after the damage caused by the Wuhan virus.

The one thing that is assured is that people can count on WION to cover every event that matters to India and the world.