For seniors, the season brings worry and resolve 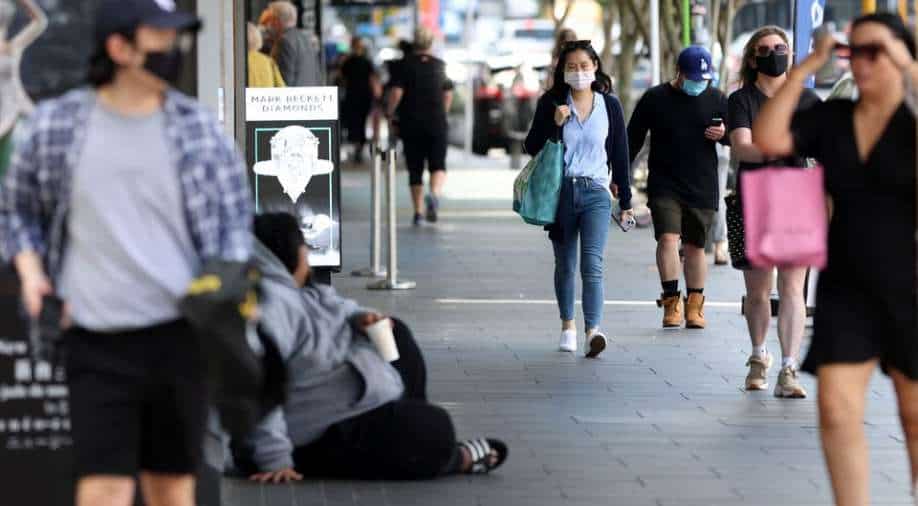 In rural towns in Maine and Oregon and in urban centers in Texas and New York, holiday plans have been upended for many older Americans. Travel itineraries canceled. Gatherings postponed

Mary Kesterson, 67, was strolling maskless through Houston’s teeming Galleria mall this week, among a sea of shoppers hunting for last-minute gifts.

She was aware of the mounting anxiety across the country over the highly transmissible omicron variant of the coronavirus, and as an older American, she was a member of a group at heightened risk from the virus. But she saw no reason to do anything but forge ahead with her Christmas plans.

“I’m not worried about it,” Kesterson said. “I’m just going along with my life. We’re all vaccinated, everyone in the family.”

For the second year in a row, Americans have hurtled into the holiday season under a cloud of escalating coronavirus cases, forced again to decide whether to carry on or cancel celebrations that had, only weeks ago, appeared so promising and so certain.

Such calculations are particularly fraught for older Americans. They are a highly vaccinated group in the United States — 88 per cent of them are fully vaccinated, well above the national average of 62 per cent. But they have also been the most vulnerable to the pandemic since the beginning and more likely to get seriously ill and die from the virus: Seventy-five percent of people who have died of COVID in the United States — about 600,000 of the more than 800,000 who have perished — have been 65 or older.

In rural towns in Maine and Oregon and in urban centers in Texas and New York, holiday plans have been upended for many older Americans. Travel itineraries canceled. Gatherings postponed.

“I feel that time is more precious because of my age and because of my health,” said Susan West, 68, who lives in Lake Ariel, in northeastern Pennsylvania, and has multiple sclerosis. “I don’t have more time in front of me — I have more time behind me. So that is getting irritating, knowing that I’m losing time for social gatherings.”

West and her husband are skipping their usual Christmas Eve gathering of extended family in New York City this year, opting for a smaller celebration at home.

For others, the steady rise in cases has not dampened their resolve to be together with family, or do the things they have always done at the holidays.

“I am not extremely worried other than trying to wear a mask when I go to stores and go out,” said Alice Broughton, 80, an artist in Basehor, Kansas. “I don’t really want to stop my life. When you’re 80, how many years do you have left, you know? You don’t want to stop doing the things that are most important to you.”

Researchers are still unsure how severe the effects of the omicron variant will be, weeks after the variant was identified in southern Africa. Three separate studies, in which researchers looked at populations in South Africa, Scotland and England, suggest that, more often than previous variants, omicron results in mild illness and is less likely to put people in hospitals.

But for older Americans in particular, the uncertainty has been enough to cause worry.

Just before the omicron variant began to spread, Barbara Karagosian, of Agoura Hills, California, was beginning to feel safe — or “safe-ish,” she said.

That sense of relief from the pandemic danger was then replaced by a sinking feeling, even though she and her husband — both in their 70s — are vaccinated and boosted.

“I feel a sense of dread if I get it because I’m older,” Karagosian said. “I have some mild lung issues. Am I doomed if I get it?”

Across the country, cases of the coronavirus are rising sharply, with three-quarters of new infections from the omicron variant. In New York, lines for testing have again stretched down city blocks, and in other cities, shelves have been picked clean of at-home tests.

President Joe Biden this week said the federal government would buy 500 million tests that could be sent to people at their homes for free, although they would not be available until January.

Public health experts have urged Americans of all ages to take the kinds of precautions that have become familiar through the pandemic: vaccination, masks, distancing, outdoor gathering when possible, testing before indoor gatherings.

“None of these are perfect, but if you layer those on, then that gives the best protection,” said Dr. Philip Huang, director of the health department for Dallas County in Texas. “The good thing is that our 65-and-older population had great vaccination success and are getting the boosters also.” Still, he said, “they may not be as protected by the vaccine as a younger person.”

What to do about the holidays is a top question for doctors who treat those 65 or older. Dr. Angela Catic, a gerontologist and assistant professor at Baylor College of Medicine, said her patients have been increasingly concerned.

“The main question we are getting is ‘What can I do to avoid getting this?’” she said. “The other question that I get is that ‘My grandchild just tested positive; what does that mean about the holidays?’ And unfortunately, the answer is that you don’t want to spend the holidays with them.”

Catic faced a version of that situation herself at home in Houston, where she lives with her parents and her husband’s parents — all in their mid-70s — after the couple’s 9-year-old daughter tested positive Sunday. “She was symptomatic and she was with them. We tested immediately,” Catic said. “If we did not live with them, would we be canceling plans, absolutely.”

For Frank Jackson, former mayor of Prairie View, Texas, a small town outside of Houston, planning for Christmas has been focused on minimizing risk because of the omicron variant.

Jackson, 70, said he still planned to deliver bags of gifts to dozens of families on Christmas Eve, albeit with some changes: Santa would be seated on top of a firetruck, said Jackson, who is also the fire marshal, and he would have helpers on the ground to walk gifts to porches, in order to keep a safe distance.

As for his usual Christmas party, that is off. “Only immediate family that are fully boosted are invited for lunch on Christmas Day,” Jackson said.

Wesley Boots, 77, a retired schoolteacher, said he still planned to see his son’s family for the holidays since they live just next door in New Stanton, Pennsylvania. And the omicron surge would not force him to put off plans to fly to a second home in New Mexico in January, although he did say he would be making some changes out of caution.

“In the past, I’ve often taken very circuitous routes to save a few bucks,” he said. “But this time, I’m ticketed for a flight that has only one change.”

By contrast, Carmen Scott, 67, said she and her husband would usually go to Florida to see one relative or to Houston to see others, but this year, they would be doing “absolutely nothing.” Instead, she planned to cook for people in her town of Oshkosh, Wisconsin, who did not have anyone to do it for them on Christmas. “Food is love,” she said.

But Scott said she would not give up her Christmas tradition: seeing a movie in the theater. She grew up poor as a child, she said, and the one time her family went to a movie was on Christmas.