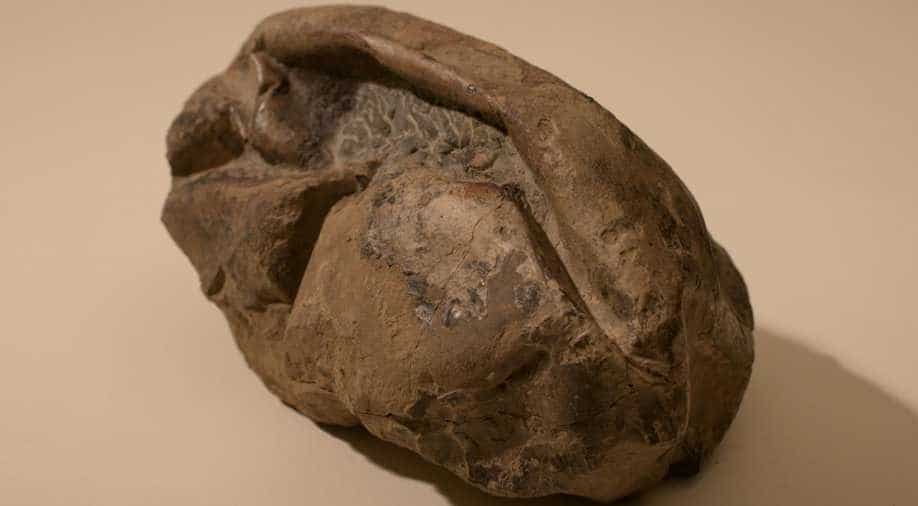 The mystery fossil has been now identified as a soft-shelled egg which was laid 68 million years ago.

A group of Chilean scientists discovered a mysterious football-sized fossil in Antarctica in 2011 and named it 'The Thing.' It was placed in a Chilean museum after its discovery.

The mystery fossil has been now identified as a soft-shelled egg which was laid 68 million years ago. This is the world’s second-largest egg which was, most likely, laid by a type of extinct sea snake or lizard.

For years, visiting scientists tried to solve the mystery. In 2018, a palaeontologist suggested it might be an egg, but scans showed that there was no skeleton inside the egg.

Then they suspected a link with mosasaurs. Mosasaurs are over-developed giant lizards that lived in the antarctic seas 66 million years ago. Mosasaurs went extinct at the same time as the dinosaurs.

"Taking the hypothesis that it was a mosasaur you can perform a study of the relationship that exists between current lizards and the size of their eggs and their adult body size. And, taking various data of that sort, the size of the egg versus adult body size, you can perform an equation of how they change and project, make an estimation, of what the size of the mosasaur was, the giant lizard, that laid the egg. And, these estimations say that it was an animal of at least seven meters long and up to 17 meters long (23 to 56 feet). so, it really could have been giant,"  said the professor at the University of Chile's biology department, Alexander Vargas.

The finding of the egg challenges the notion that marine reptiles like mosasaurs did not lay eggs and were fully viviparous, giving birth to live young.