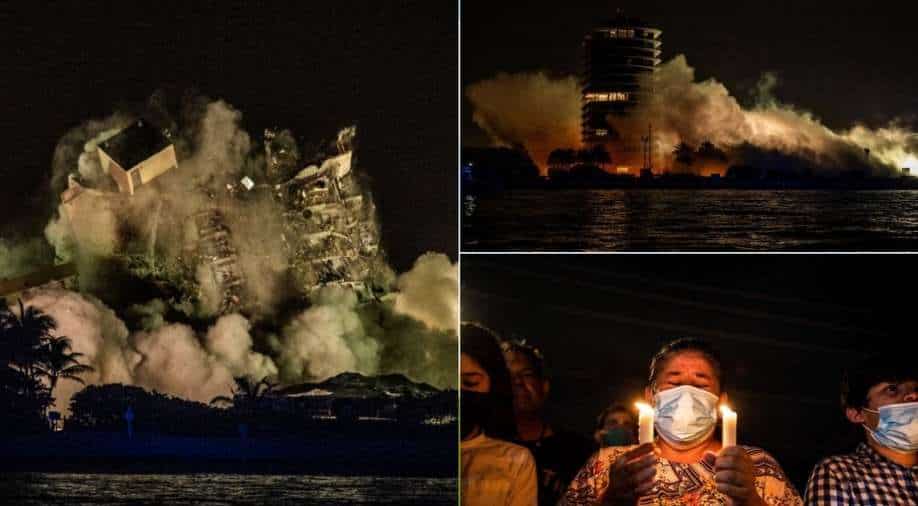 Rescuers have removed more than 4 million pounds of concrete in the search for survivors of the Champlain Towers South condo in Surfside, Florida.

The death toll from the collapse of an oceanfront condominium complex in Surfside, Florida has now risen to 28, according to Miami-Dade County Mayor Daniella Levine Cava.

"Another victim has been retrieved from the wreckage of the fallen Champlain Towers South building, raising the death toll to 28," CNN said, quoting Miami-Dade County Mayor Daniella Levine Cava.

According to Cava, this indicates 117 people are still missing. Three more victims were found earlier in the wreckage of the collapsed Champlain Towers South building.

The other victims were discovered after search activities resumed around midnight Sunday night following the demolition of what remained left of the building.

The structure was demolished around 10:30 pm Sunday (local time) using a method Levine Cava called "energetic felling," describing it as a process that "uses small, strategically placed explosives and relies on gravity to bring the building down in place," CNN reported.

Rescuers have removed more than 4 million pounds of concrete in the search for survivors of the Champlain Towers South condo in Surfside, Florida.

The cause of the collapse has yet to be determined. However, new information about the structural integrity revealed in a 2018 engineering assessment is becoming available.

Experts who have analysed the available data on the collapse suggest the investigation into the reason should concentrate on potential weaknesses around the building's base.

However, lightning and tropical weather conditions forced the search-and-rescue team to pause efforts once again.