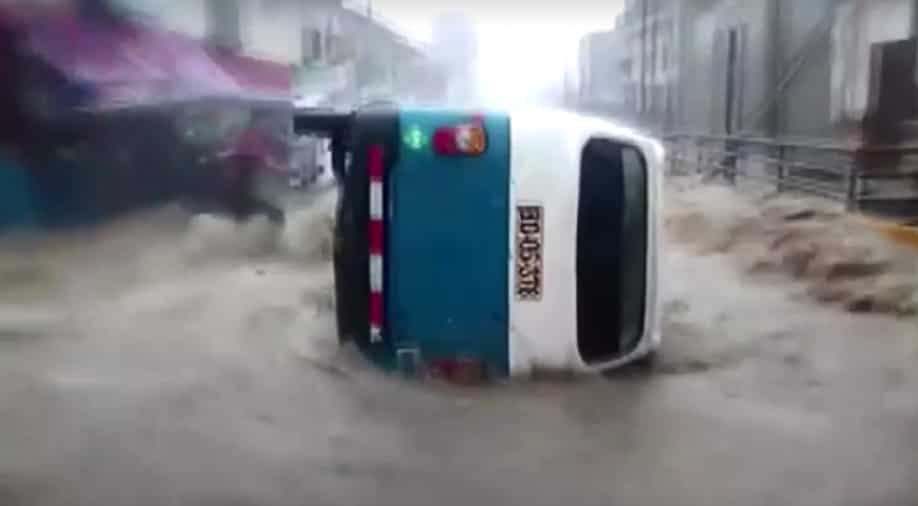 Earlier this year, Peru was hit by floods in northern and central coastal regions.

A state of emergency has been declared in northern Peru after heavy rainfall led to massive floods.

Several roads have been cut off and houses destroyed as a result of the floods.

The regions badly affected are Hancay, Piura and Cajamarca.

Reports said authorities are still trying to assess the damage.

Earlier in the year, the country was hit by floods in northern and central coastal regions causing rivers to overflow leading to floods and landslides.

At least 50 people were killed as a result of the damage. According to Meteorologists, the weather pattern had emerged due to the El Nino effect.