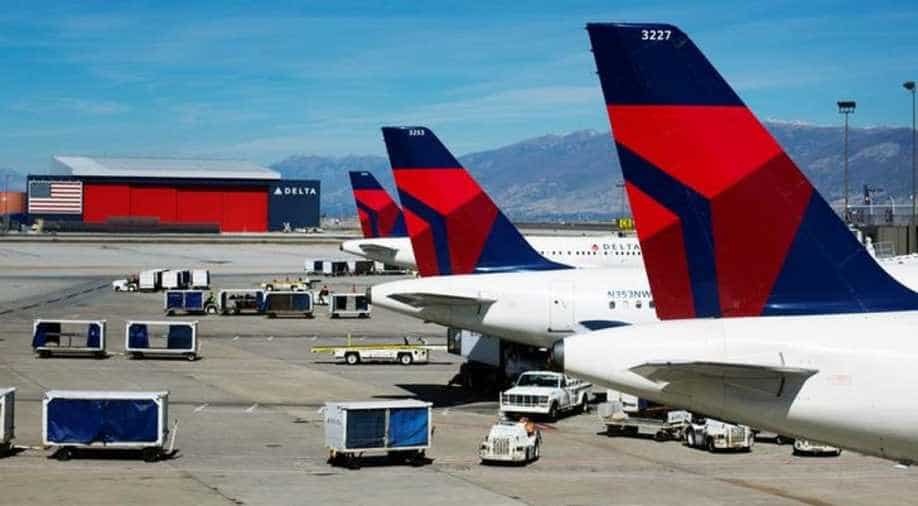 A Los Angeles-Atlanta flight was diverted for emergency landing after a passenger attacked two flight attendants and threatened to bring the plane down. The incident took place late Friday (local time)

A frightening commotion broke out in the front of Delta Flight 1730, according to the airline and media reports.

As a man grappled with flight attendants -- and said repeatedly that he was "going to take the plane down" -- the pilot called over the public address system for "all able-bodied men" to assist.

Several, including an off-duty pilot, rushed forward and, after several moments of violent struggle partly captured on video, were able to overpower the man, police said.

The plane, which had been well on its way from the West Coast to Atlanta in the southeast, was diverted instead to Oklahoma City.

Police there took the suspect, identified as an off-duty Delta employee in his late 20s, into custody, reports said. His precise motive was unknown.

After complaining of chest pains and showing signs of what police said were mental issues, the man was hospitalized.

No other injuries were reported.

In a statement, Delta thanked the passengers and crew who "assisted in detaining an unruly passenger."

Police searched the plane before allowing the flight to continue on. The FBI is investigating.

The incident took place the same day the US Transportation Security Administration said its agents had screened more than two million passengers at airports -- the most since before the Covid-19 crisis erupted.

Meantime, data from the Federal Aviation Authority show that "unruly passenger" incidents on commercial flights have shot up this year amid high stress levels and as mask-wearing has taken on a political edge.

The agency has launched 394 formal enforcement actions in "unruly passenger" cases through May 25 of this year, a far higher pace than the 183 for all of 2020, according to its website.

Many more cases have not led to formal action.