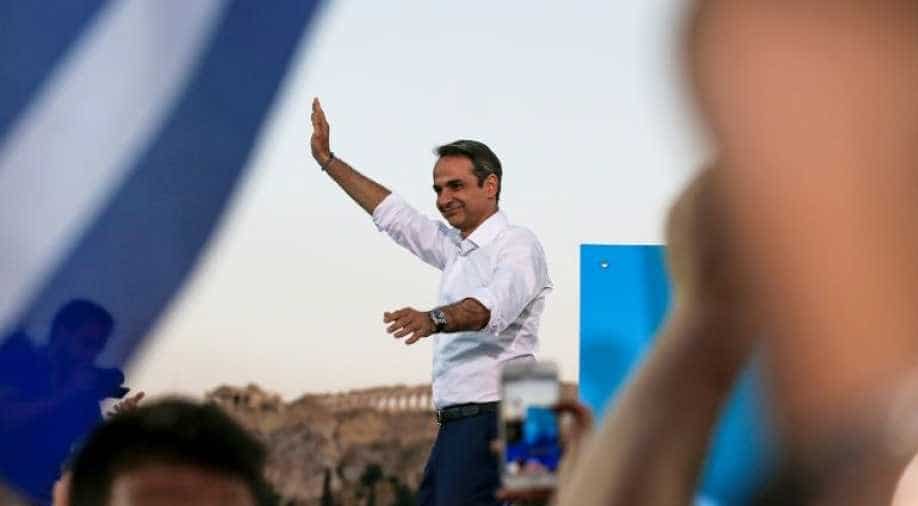 Greece's third election in as many months is unlikely to set participation records, even more so as July 7 is right at the heart of the busy tourist season.

Greeks head to the polls on Sunday in a snap ballot that could bring an end to Prime Minister Alexis Tsipras's leftist government.

Here are five things to know about the vote, the third in Greece since May following European and local elections.

Greece's third election in as many months is unlikely to set participation records, even more so as July 7 is right at the heart of the busy tourist season.

Voting is officially compulsory in Greece and abstention is theoretically punishable by law, but the penalty is never applied.

In May, fewer than 59 per cent of registered voters cast their ballots for the European Parliament and the first round of local and regional elections. A week later, participation fell below 42 per cent for the second round.

Will there be a stable government?

The memory of political instability in Greece at the height of the economic crisis is still recent. In 2011, the government collapsed and a few months later, back-to-back elections had to be held before a coalition administration could be pieced together.

The current electoral law gives a 50-seat bonus to the winning party, in principle enough to form a majority in the 300-seat parliament.

But if more than six parties enter parliament -- which is a possibility -- the winner may end up with a majority of just a few seats.

The conservative New Democracy party is heavily favoured to win, after a near-sweep in regional elections and a victory margin of over nine points in European parliament elections.

In that case, the conservatives could govern alone or alongside the socialist Kinal party in a repeat of the 2012 coalition.

But if the July 7 election fails to produce a government, a new electoral law will kick in without the 50-seat bonus, making uneasy alliances imperative.

Parties need at least three per cent of the vote to enter parliament.

The Communist KKE party, which turned 100 last year, has some of the country's most faithful supporters. It picked up 302,000 votes in the European Parliament elections, nearly the same amount garnered in national elections four years ago.

They also secured the re-election of a Communist mayor in Patras, Greece's third largest city.

After a near-decade rise to the ranks of Greece's third most popular party, the neo-Nazi Golden Dawn suffered major losses in the last two voting campaigns, shedding half its electoral support.

Out of the blue, Greek Solution won 4.18 per cent of the vote and a seat in the European parliament.

A former far-right lawmaker, Velopoulos scored well especially in the north of the country, where there is anger at Tsipras's deal with Macedonian prime minister Zoran Zaev to rename the neighbouring country North Macedonia.

Velopoulos has made no secret of his desire to attract Golden Dawn voters. Together, the two parties account for around nine per cent of the Greek electorate.

Greece is struggling to recover from a near-decade-long debt crisis and a deep six-year recession. It emerged from its third straight bailout last year, but with a public debt of over 180 per cent of output, it remains under strict supervision by its EU and IMF creditors.