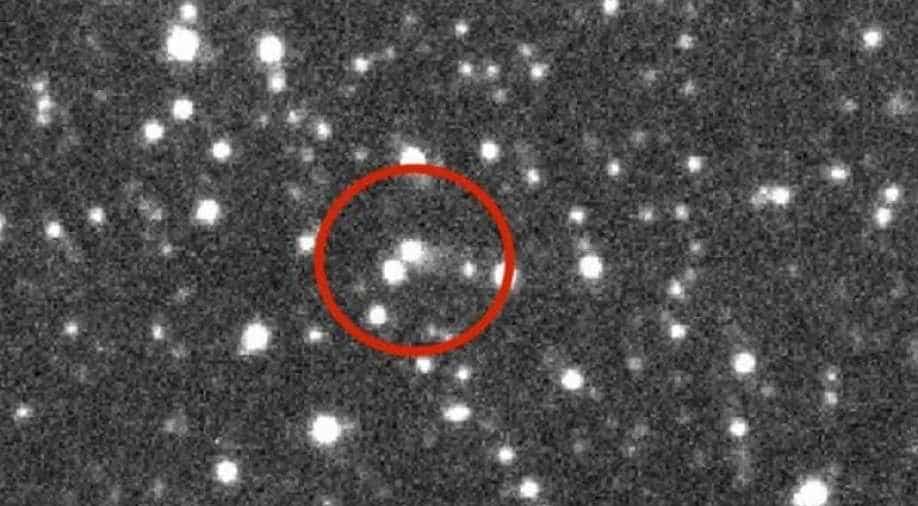 Astronomers have discovered a ''first-of-its-kind'' object near Jupiter's orbit, which appears to be a cross between an asteroid and a comet.

The Institute for Astronomy at the University of Hawaii's Asteroid Terrestrial-impact Last Alert System (ATLAS) has revealed that a new asteroid with a comet-like-tail has been discovered moving in the same orbit travelled by Jupiter around the sun.

These are known as active asteroids and initially appear to be asteroids but later develop activity, such as tails, that are features of comets.

These are usually called Trojan asteroids but it is the first one of its kind to be seen with a comet-like-tail.

Trojan asteroids follow the same orbit as a planet, but stay either around 60 degrees ahead or 60 degrees behind along the orbit. Earth has at least one Trojan asteroid, and Neptune has dozens. Jupiter has hundreds of thousands.

The Trojan asteroids have been captured into these orbits by Jupiter's strong gravity. 2019 LD2 is ''first-of-its-kind'' because most Jupiter Trojans were captured billions of years ago.

ATLAS is a NASA-funded project using wide-field telescopes to rapidly scan the sky for asteroids that might pose an impact threat to Earth.