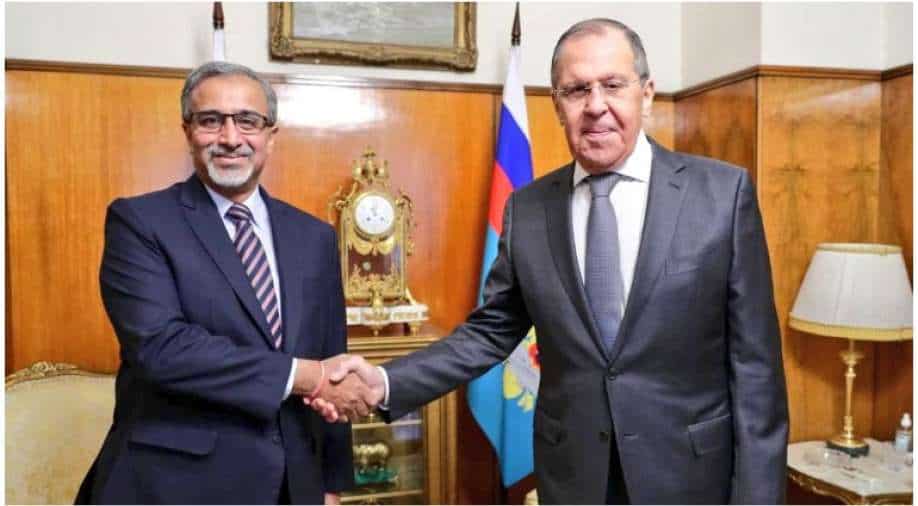 Russia will be the fourth country with which India would have 2+2 dialogue arrangement with. India already has such mechanism with the US, Japan and Australia

India and Russia are expected to hold first 2+2 dialogue later this month. The talks will feature foreign and defense ministers of both countries. For the dialogue, Indian Defense minister Rajnath Singh and Indian External affairs minister Dr S Jaishankar will be travelling to Russia. The mechanism was announced in April of this year, with Russia becoming the 4th country with which India has this mechanism. India already has 2+2 mechanism with US, Japan and Australia.

"I think the 2+2 dialogue will be a very important addition to the architecture of dialogue (that) already exists. The dialogue is expected to take place in Moscow, possibly by mid-November", Ambassador Bala Venkatesh Varma told Russian media in his last interview in his capacity as India's envoy to the country.

Both, India and Russia are expected to announce joint commission on technology and science, military-technical cooperation for the next decade 2021-2031.

Defense forms a key pillar of the relationship, and India has participated in each and every major Russian exercise.--INDRA Navy, INDRA Army, Zapad, and Peace Mission. The happens ahead of Russian President Putin's India visit later this year.

Ambassador Varma said,"There will be a bilateral summit between India-Russia. Both sides are actively working on it. There is a high possibility that the Summit is taking place in December."

One of the key areas of focus has been on Afghanistan. India participated in Moscow format of talks on Afghanistan last month, and has invited Russia for the National Security Advisor level talks on November 10.

New Delhi has invited 5 countries for the talks-- Russia, Pakistan, China, Uzbekistan and Tajikistan. Envoy Varma explained, "General Patrushev has been invited and there’s a very strong possibility that he may actually visit. We are still awaiting confirmation, but he will be a very welcome participant in the dialogue."

In September, secretary of the Security Council of the Russian Federation General Nikolay Patrushev had visited Delhi to hold talks with NSA Ajit Doval on situation in Afghanistan.