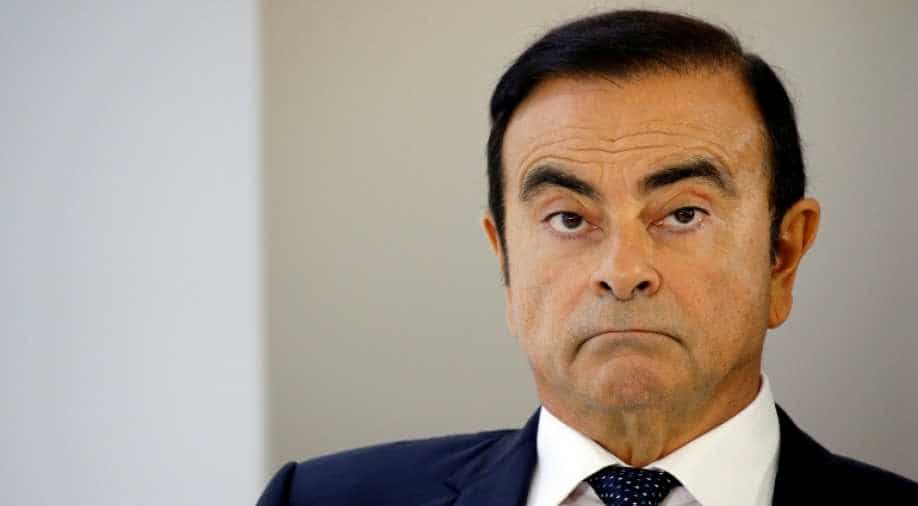 The French government, which owns 15 per cent of the carmaker and 22 per cent of voting rights, has already warned it doesn't intend to let the former CEO walk away with the kind of lavish payouts that he is accustomed to.

Carlos Ghosn may no longer be in the driver's seat at Renault, but he will remain at the centre of vigorous negotiations in the coming weeks over severance pay potentially worth tens of millions of euros.

The French government, which owns 15 per cent of the carmaker and 22 per cent of voting rights, has already warned it doesn't intend to let the former CEO walk away with the kind of lavish payouts that he is accustomed to.

"I can tell you we will be extremely vigilant, as the largest shareholder, over the exit conditions that will be set by the board," Finance Minister Bruno Le Maire told AFP at the World Economic Forum in Switzerland this week.

Ghosn had already raised hackles in France as one of its highest-paid business chiefs, and a huge payout for an executive sitting in a Tokyo jail wouldn't go down well amid the "yellow vest" protests over declining living standards.

The 64-year-old Franco-Brazilian-Lebanese executive was arrested in November on charges of under-reporting tens of millions of dollars in income over eight years as head of Renault's alliance partner Nissan.

He has denied that and other financial misconduct claims and his trial may still be months away.

He tendered his resignation at Renault this week, having already been sacked as chairman of Nissan and the third carmaker in the alliance, Mitsubishi.

But his eventual payout was not discussed by Renault directors when they met Thursday to name his replacements, Thierry Bollore as chief executive and Jean-Dominique Senard as board chairman.

"If his payout is being discussed later, it's because his resignation was immediate and not negotiated," said Loic Dessaint of the Proxinvest shareholder advisory group.

"That's rare," Dessaint said, suggesting that by doing so, Ghosn was hoping to benefit immediately from any pre-discussed "golden handshake".

"But Renault also has a strong hand to play, because it can file a lawsuit and claim damages" against its former chief if he is found guilty in the Nissan case, he said.

As with most CEOs, Ghosn's pay was a mix of fixed payouts coupled with performance-linked stock grants and cash top-ups.

In 2016 the executive known as a "cost-killer" for slashing outlays and jobs took home a combined 15.4 million euros ($17.6 million) from his roles at Renault, Nissan and Mitsubishi.

Seven million euros came from Renault alone, drawing the ire of French officials, and last February Ghosn was forced to accept a 30 per cent pay cut in order to secure another four-year mandate as CEO.

According to the automaker's annual report, Ghosn's resignation means he must forfeit any shares granted for meeting performance milestones.

"But what counts is what they will decide about shares already attributed but not yet awarded," said Dessaint, saying Ghosn could claim a trove of 380,000 shares currently worth some 21 million euros.

"It's the same story with deferred stock grants, worth four to five million euros," he calculates.

Company officials have refused to comment on the eventual indemnities.

But a source close to the matter said that given the circumstances of Ghosn's exit, "we're going to reduce them as much as we can".

Even if an agreement is reached on the standard retirement package, lawyers will still be wrangling over two other multi-million-euro questions.

The first involves a non-compete clause that provides two years of total pay -- both fixed and variable -- in exchange for not joining another carmaker.

"Renault would be pretty stupid to pay," Dessaint said, "because the risk is basically nil since he's in prison".

Ghosn's lawyers have lost two requests for bail, and under Japanese legal rules he could remain behind bars for months before his trial even opens.

The second bone of contention involves a retirement pension that would be payable each year to Ghosn until his death.

According to Dessaint, Ghosn is eligible to receive 765,000 euros a year after leading Renault since 2005, forging an alliance which sold more cars than any of its rivals last year.