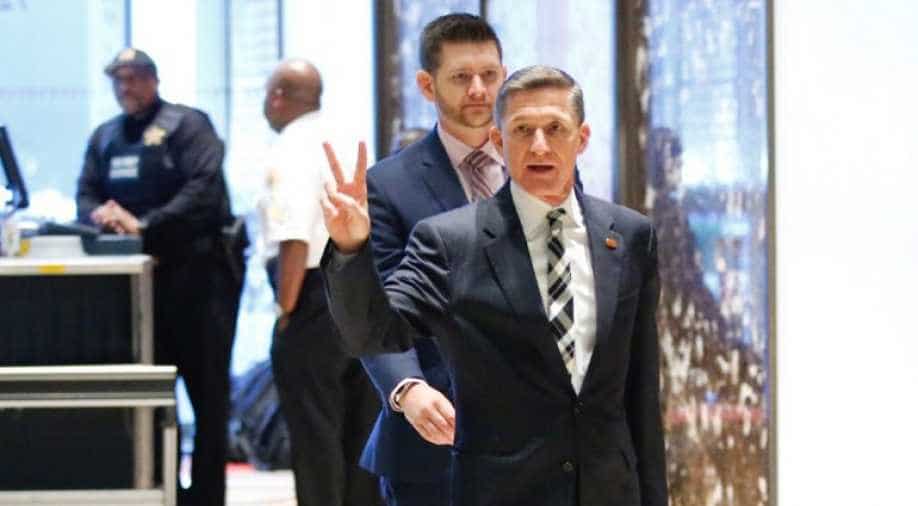 Although he has more experience battling the Taliban, al-Qaeda and other militant groups than anyone else in Trump's inner circle, Flynn's critics in the intelligence community and military question whether his ouster from the DIA has changed him. Photograph:( AFP )

On his way to the polls on election day, Michael Flynn pulled out his phone and took a video of himself saying his vote for Donald Trump was part of a larger fight against "the dishonesty and deceit of our government".

For Flynn, a retired US Army three-star general and one of Trump's closest advisers, it was another parting shot at an administration he thinks unfairly fired him from the Defense Intelligence Agency (DIA) in 2014 for telling hard truths about the war on Islamist extremism.

Named on Thursday to become Trump's national security adviser, Flynn is now poised for a second act in public life, and he has promised nothing short of an upheaval.

"We just went through a revolution," Flynn, 57, told a forum on Saturday. "This is probably the biggest election in our nation's history, since bringing on George Washington when he decided not to be a king. That's how important this is."

Flynn's advocates say his experience battling radical Islamist militants in Iraq and Afghanistan, along with candor that has ruffled feathers in Washington more than once, makes him the kind of ally Trump needs on his national security team.

David Deptula, a retired Air Force lieutenant general who used to work with Flynn, praised his willingness to "speak truth to power and not politicise his answers".

"Mike Flynn is a straight shooter and a no-bullshit kind of guy. And that’s exactly what we need in terms of senior leaders giving advice to the national leadership," Deptula said.

His critics voice concerns about a management style that alienated some of his subordinates at DIA, a lumbering bureaucracy that Flynn sought to shake up. That's an explanation some gave for why he was pushed into retirement.

Several former US officials who worked closely with Flynn described him as extremely smart but a poor manager who advocated a precipitous overhaul of the DIA that ignited hostility and resistance from veteran intelligence officials.

"Flynn understood that DIA was a mess," one said.

"But he telegraphed his intent for radical change in a way that he immediately created resistance to his ideas, no matter their merits."

Two other former officials also said they had concerns about Flynn's management style, a potential liability in a White House job that requires coordinating US policy and resolving disagreements among senior officials at different agencies.

One of the officials said senior career DIA officials and other agency employees held Flynn responsible for an offensive "Dress for Success" presentation that was distributed to the workforce in January 2013.

Flynn apologised for the presentation in a subsequent memo that said neither he nor the agency "condone this briefing".

Former colleagues expect his effort to bolster America's battle against jihadists to be shaped by his belief that the United States is losing a global war against Islamist extremism that may last for generations.

In a new book Flynn co-authored, he prescribes a harder political line on Iran, including information warfare to expose shortcomings in Iran's revolution.

Like Trump, Flynn calls the 2003 invasion of Iraq a strategic blunder and says that energy should have been directed instead toward political support for opponents of Iran's theocratic rulers.

He shares Trump's vision of warmer relations with Israel but also advocates stronger ties with Egypt, whose autocratic president, Abdel Fattah al-Sisi, ousted the Muslim Brotherhood and was the first world leader to congratulate Trump on his victory.

However, he has also expressed skepticism about Moscow's intentions, a view that does not seem to fit Trump's vision of a new era of detente with the Kremlin.

Although he has more experience battling the Taliban, al-Qaeda, and other militant groups than anyone else in Trump's inner circle, Flynn's critics in the intelligence community and the military question whether his ouster from the DIA has changed him.

"The whole experience seems to have made him bitter," said another former US official who worked with Flynn and spoke on condition of anonymity.

Representative Adam Schiff, the senior Democrat on the House intelligence committee, questioned Flynn's temperament, saying Trump needs someone more steady and "thorough in their analysis" to temper him.

"I'm not sure that's what you get with General Flynn. And I would be worried about an impulsive president with an impulsive security adviser," Schiff told CNN.

Former colleagues are alarmed by his adoption of Trump's divisive campaign rhetoric - including leading chants of "Lock Her Up!" aimed at Hillary Clinton during the Republican National Convention and saying on Twitter "Fear of Muslims is RATIONAL."