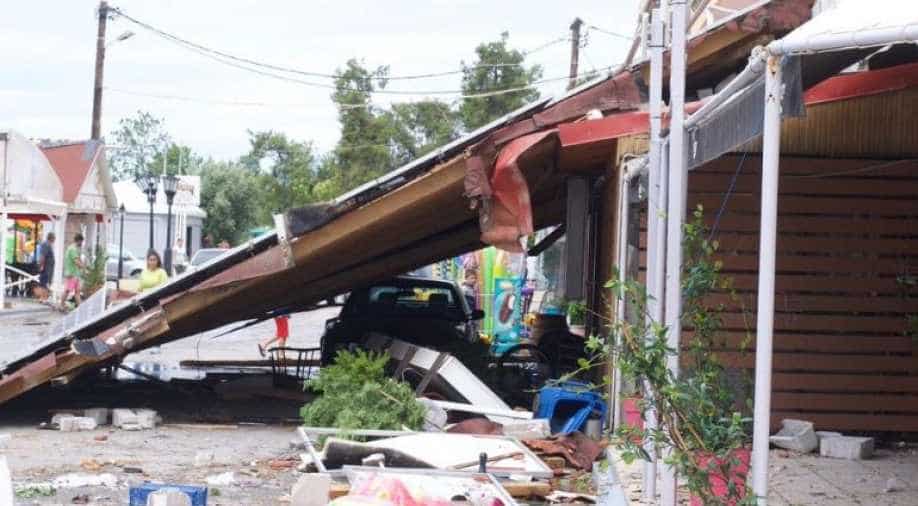 On Wednesday afternoon, at least five fires triggered either by high temperatures or gale force winds swept across southern Greece.

At least five fires have southern Greece alight on Wednesday afternoon due to high temperatures and gale force winds, while at the same time a strong storm hit northern Greece leaving seven people dead, dozens injured and a fisherman missing, as well as losses or damages to properties.

The disasters were finally controlled before night fell due to the joint efforts of firefighters on the ground and planes in the air.

However, in northern Greece, another extreme weather phenomenon took the baton and threatened people in the north.

The extreme weather caused seven people, six of whom confirmed as tourists from Russia, Czech, and Romania on vacation in the country, dead and the unidentified victim is said likely to be a local fisherman. The storm darkened the doorstep of the Chalkidiki Peninsula in northern Greece, and the country's second largest city Thessaloniki.

"The grill and the iron plate for the barbecue were blown off there. The pavilion there also fell down. The cars were crushed," said Despoina, a resident in Chalkidiki.

The damages brought by the first freak storm in 30 years was huge, though it only lasted half an hour.

"We have been living here for 25 years, but we have never seen this," said Despoina.

The power supply in the northern coastal areas and trains running between Thesalloniki and Alexandroupoli, another coastal city in the north, were cut off.

The 22 injured people have been sent to a local hospital, with nine of them suffering fractures to varying degrees.