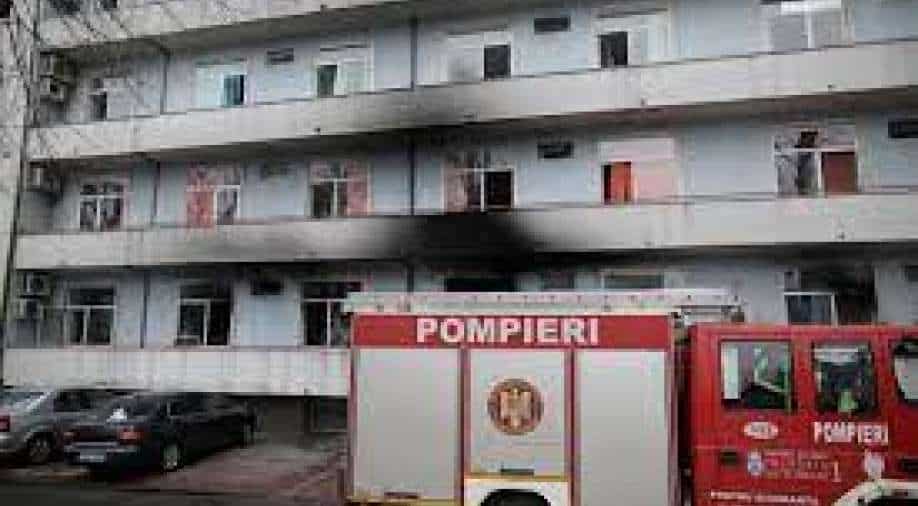 All the patients had been evacuated from Constanta's Hospital for Infectious Diseases and the fire had been extinguished by mid-morning, Romania's emergency situations leaving nine people dead, inspectorate said

Nine people died on Friday when a fire broke out in an intensive care unit at a Romanian hospital treating COVID-19 patients, officials said, the country`s third deadly hospital fire in less than a year.

Firefighters extinguished the fire at the hospital in the eastern city of Constanta at around 0755 GMT, having brought in additional teams from nearby counties.

Video footage showed patients jumping out of windows from the hospital`s lower levels and firefighters carrying people out.

Interim Health Minister Cseke Attila said 113 patients were in the hospital at the time of the fire, including 10 in the intensive care unit.

Emergency response teams have installed a mobile triage unit near the hospital and 50 patients have so far been evacuated and transferred to other hospitals.

There were more than 12,100 COVID-19 patients, including 315 children, being treated in Romanian hospitals as of Thursday, including 1,364 in intensive care units.

The number of new COVID-19 infections in Romania reached 12,032 on Thursday, a new record high, and intensive care units across the country were running out of space. Romania has the second-lowest vaccination rate in the 27-nation European Union.

In February, a fire killed four patients at a COVID-19 hospital in the capital Bucharest. Last November 10 people died in an intensive care unit at the Piatra Neamt county hospital.

Even before the pandemic, Romania`s health care system had been under pressure, dogged by corruption, inefficiencies and politicised management. The country has one of the EU`s least developed healthcare infrastructures.

The state has built one hospital in the last three decades, spends the least on healthcare in the EU and tens of thousands of doctors and nurses have emigrated.