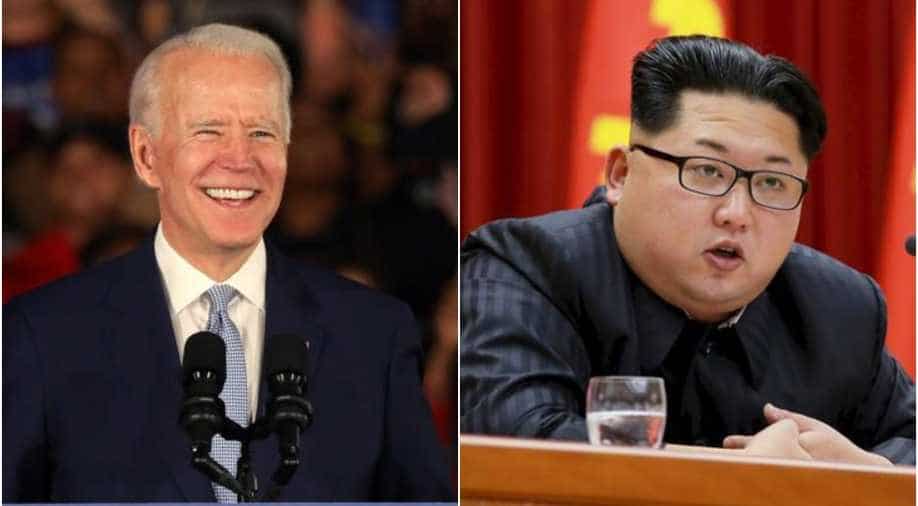 The incumbent US president, Donald Trump, has said he would make deals with North Korea "very quickly" if re-elected on November 3. Pyongyang officials, however, have said while Kim still has a good relationship with Trump, they have to look ahead to a time when Trump isn't president.

If Joe Biden is elected US president, American policy toward North Korea is likely to see less emphasis on personal dealings with leader Kim Jong Un, and more focus on allies and working-level diplomacy, campaign advisers and former officials say.

That also means there would be no more "Little Rocket Man", exchanging love letters or summit pageantry.

The incumbent US president, Donald Trump, has said he would make deals with North Korea "very quickly" if re-elected on November 3.

Pyongyang officials, however, have said while Kim still has a good relationship with Trump, they have to look ahead to a time when Trump isn't president.

Last year, North Korea lashed out at Biden, calling him a "rabid dog" that should "be beaten to death" for comments seen as disparaging of Kim.

Biden, who has a solid lead in most opinion polls, cited those threats in January when he said he would not meet with Kim unless unspecified preconditions are met.

Trump became the first sitting US president to meet with a North Korean leader when he held a summit with Kim in Singapore in 2018 -- although this happened after months of trading threats and insults where Kim was "Little Rocket Man" and Trump a "deranged US dotard".

Biden told The New York Times he would not continue the personal diplomacy with Kim, calling the meetings a "vanity project" that should only happen if coupled with "an actual strategy that moves the ball forward on denuclearisation."

Biden would not shut the door to diplomacy, but instead "empower negotiators and implement a sustained and a coordinated effort with allies and partners" to pressure and incentivise North Korea to denuclearize, while also drawing attention the country's human rights abuses in a way that has been lacking in current US policy, the Biden adviser said.

Biden was vice president under Barack Obama, and some parts of his policy would likely be similar to Obama's "strategic patience", which sought to isolate North Korea and not offer diplomatic rewards for its provocations.

The US arms control community is likely to have a strong voice in a Biden administration and will argue it is time to accept the idea that North Korea is now a nuclear power.