Feed the hungry? You’ll need a permit for that. 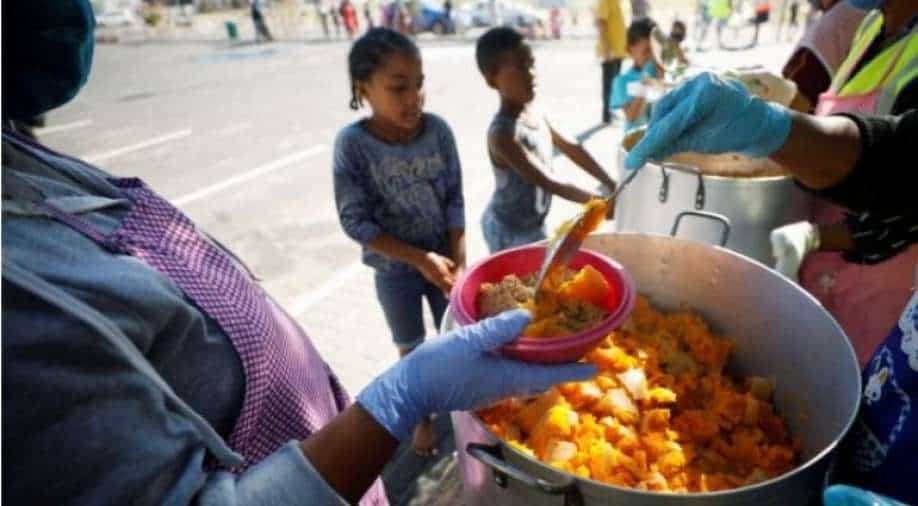 A few days before Thanksgiving, Newark sent out an email to churches and relief organisations announcing that it was prohibiting feeding homeless people in public places, including parks and the train station. After inquiries from The New York Times about the policy, the city shifted and said that groups who give out food would need a permit and that the new rule would be specifically targeted at those, who give food to the homeless

At dusk the converted school bus pulled up to the little park as it does every Friday evening, and a line began to form. A man with a clipboard made his way down the line taking names and asking questions: “You need any socks or hygiene kits tonight? Anything I can pray for?”

Then came the main event: Volunteers in the bus, run by a group called City Relief, handed each waiting person a cup of hot vegetable soup, two big rolls and a cup of hot chocolate.

Among the regulars waiting here, at Peter Francisco Park behind Newark Penn Station, the news that city officials plan to make it harder to give food to homeless people did not go over well.

“I think it’s wrong,” Olivia Fontana, 40, who has lived in a shelter for the past year, said this month as she waited in the soup line, which typically feeds about 60 people. “People need to eat.”

A few days before Thanksgiving, the city sent out an email to churches and relief organizations announcing that it was prohibiting feeding homeless people in public places, including parks and the train station.

After inquiries from The New York Times about the policy, the city shifted and said that groups who give out food would need a permit and that the new rule would be specifically targeted at those who give food to the homeless.

“The ordinance the city is working on will prohibit agencies and individuals without a permit from feeding residents without addresses,” a spokeswoman for Mayor Ras Baraka said in an email. “All violators will be ticketed and fined.”

Putting restrictions on perhaps the most fundamental act of human charity, feeding the hungry, may seem harsh. But many places do it. According to a 2019 report from the National Homelessness Law Center, at least 17 cities across the U.S. either ban giving out food in public areas or require permits for it, some with onerous conditions attached.

Tristia Bauman, a senior attorney at the law center, said that by singling out homeless people, Newark’s ordinance could violate the 14th Amendment’s equal protection clause and also impinge food donors’ First Amendment rights, since courts have found that food sharing is a form of protected speech.

“This discriminatory restriction seems based on animus toward people experiencing homelessness, rather than a legitimate government interest,” Bauman said in an email.

A few miles away in New York City, the Coalition for the Homeless serves about 1,000 hot meals seven nights a week in 25 pop-up locations. While the city technically requires a $70-a-year permit to serve food “at a fixed location for a temporary period of time,” the group has never been asked for a distribution permit, said David Giffen, the coalition’s executive director, adding “nor do we think we should be.”

“In terms of going to the streets and handing out meals, people are just hungry, and we have to feed them,” Giffen said. “This can’t be buried in bureaucratic morasses. We have to be able to respond to a need. These are life-or-death issues.”

Newark officials offered various reasons for the crackdown, saying the city needed to ensure that food being given out was safe, and that distributing food in public places actually encouraged street homelessness. The city wants those who wish to donate food to bring it to shelters and soup kitchens instead.

But the shifting ground also reflects a struggle over marquee public space.

Restrictions on food handouts have been pushed by a business-improvement group in the Ironbound neighborhood, which includes Peter Francisco Park, a well-trodden 1-acre triangle where weekends bring a steady stream of food donors and often end with the park filled with litter. The Ironbound, like much of Newark’s downtown, is undergoing a wave of redevelopment.

Seth Grossman, executive director of the Ironbound Business Improvement District, said groups that brought food sometimes did not clean up trash left behind.

“It’s always important to be a good neighbor, and what constitutes a good neighbor is a person who is safe, clean and considerate of each other,” he said.

Newark’s move to limit food handouts, which the city has periodically discussed for at least five years, also comes as the state of New Jersey and New Jersey Transit are gearing up for a $190 million makeover of Newark Penn Station, an 85-year-old neoclassical behemoth where one morning this month a dozen men were slumped across long benches in the grand, high-ceilinged waiting room.

Like cities across the country, Newark—New Jersey’s biggest city, with a population of 311,000 — has seen homelessness worsen during the pandemic. The nonprofit that the city contracts with to do homeless outreach, Bridges, has tallied 1,366 people who have spent an unsheltered night so far this year. The equivalent figure in New York City, which has nearly 30 times as many residents as Newark, would be about 37,000 unsheltered people, far higher than any estimate of New York’s street-homeless population.

Under Baraka, the city has taken steps to reduce homelessness. He created an office of homeless services last year and appointed a former Bridges official, Sakinah Hoyte, to be the city’s homelessness czar. This year, the city opened a housing facility called Hope Village, made from converted shipping containers, which is designed to help transition people who live in and around the train station into permanent housing. The city is converting a former schoolhouse into another shelter and housing-services center.

It was in the context of these new programs that Hoyte sent out a “public feeding letter” on Nov. 19 announcing an outright ban on giving food to homeless people in public areas.

“Feeding people in parks doesn’t encourage any sort of transitioning folks into housing,” Hoyte said in an interview. “It keeps people living on sidewalks and sleeping outside.”

She said the city welcomed relief groups offering homeless people emergency supplies like warm clothes and helping connect them to social services, but that public feeding should not be part of the picture.

To City Relief’s chief program officer, Josiah Haken, this approach seemed backward: Offering people food where they are, he said, is often the first step to getting them off the street.

“The meal is really important,” he said. “It’s what helps us build trust, and we leverage that trust to help people move forward. The simple truth is that there aren’t enough resources in Newark for the people that are in the street.”

Besides, he said, no one decides to live in the street or a train station, rather than in an apartment, because of the convenience of a nearby free meal.

The day after Hoyte spoke to the Times, the city had changed course and said it would require permits instead. Haken said City Relief would abide by the city’s permit process.

Inside the train station this month, several men who live there said they had sometimes seen the New Jersey Transit police telling groups that came in with food donations to distribute the food outside.

“I saw them stop people from coming in here the other day,” said Eugene Bradley, 41. “It’s stupid, inconsiderate and pointless.”

But Vincent Jiles, 57, who has lived in the station for three years, said he understood that New Jersey Transit was trying to run a train station, not a shelter.

“This is a place of business,” he said. “You’ve got a lot of movement through here, and by distributing food, it can interrupt the businesses.” Sometimes when people bring in food, he said, “People go a little crazy, and then it can make a big mess.”