Panic-stricken residents have emptied shelves in major supermarkets in Hong Kong, stockpiling meat, rice, cleaning products, and soap as fears escalate over a coronavirus epidemic on the mainland.

The rush to procure food in the city of 7.4 million people is unprecedented, residents say, describing it as far worse than the panic during the 2003 outbreak of Severe Acute Respiratory Syndrome (SARS) that killed nearly 800 people around the world, including nearly 300 in Hong Kong.

The new coronavirus originated in central China's Hubei province and has so far killed 361 people in the country. 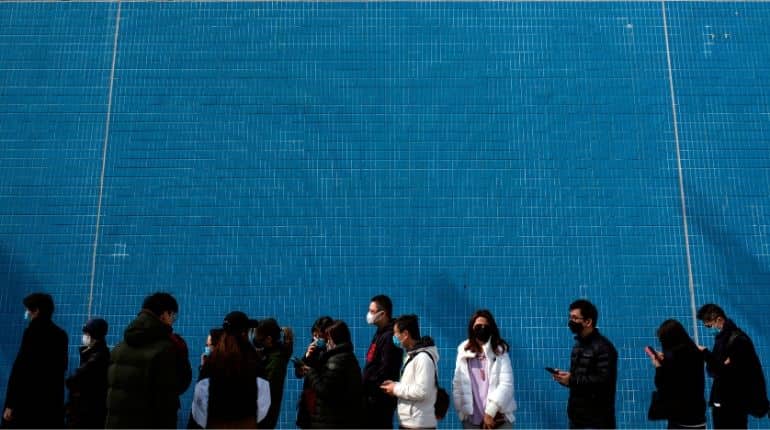 Over the weekend in Hong Kong, hundreds of people queued for hours to buy masks and immune-boosting products such as vitamin C.

At a major supermarket in the bustling Wan Chai district, counters selling chilled meat and seafood were empty by mid-morning on Friday and over the weekend, with stocks of fresh vegetables dwindling.

"Everybody is really worried. I think everyone is afraid of what is going to happen in the next few days. Prices are also going to rise," said Cindy, a retail executive who was buying dry food and soap.

Dozens of mask-wearing shoppers pushed trolleys down empty aisles showing sold-out signs for hand wash and antiseptic liquids. Others tried to stock up on remaining bags of rice and packaged noodles. 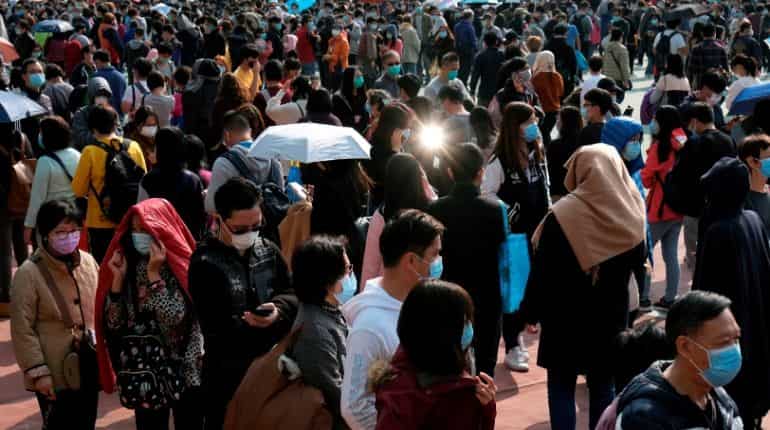 The rush to buy food and cleaning products comes as some shoppers said they were concerned that a potential shutdown of the border would impact the supply of products.

Around 90 percent of the city's total food supply is imported, with the bulk coming from the mainland, according to official data.

The Hong Kong government has closed some border crossings, including the high-speed rail, but has stopped short of a complete shutdown, despite growing calls from medical workers, who plan a strike on Monday to demand action.

The government is grappling with how to handle spreading infections locally, with 15 confirmed cases in the city. Calls have grown for the government to close the border with mainland China to minimize the risk of infection.

Hong Kong's economy was badly hit during the SARS epidemic with tourism and services sectors the most affected as visitor arrivals tumbled and unemployment spiraled.

There was also a severe drop in consumer spending in the second quarter of 2003 due to SARS but a pick up for the rest of the year saw retail sales drop only 0.6 per cent on the year 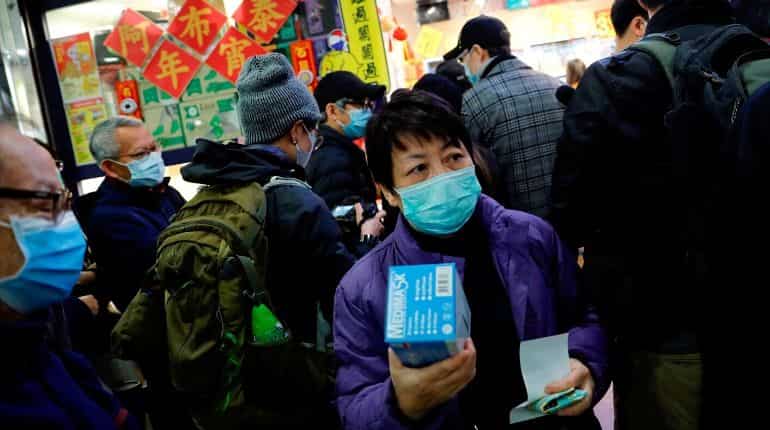 Last week, at an upmarket supermarket in Kowloon's Elements mall, chilled produce was sold out most afternoons while at Britain's Marks & Spencer, the chicken was sold out by midday.

At local wet markets, which are typically packed with local residents, many stalls were shuttered as residents opted to shop in air-conditioned grocery stores, believing they were safer.

"It is worrying that food is being stockpiled but what is even scarier is the stockpiling of masks and sanitizers," said a man who would only go by his first name, Nelson, who was shopping with his wife.

So frantic is the search for masks that police on Friday said a 56-year-old medical worker was in custody for stealing 36 face masks and gloves from a hospital where she worked.