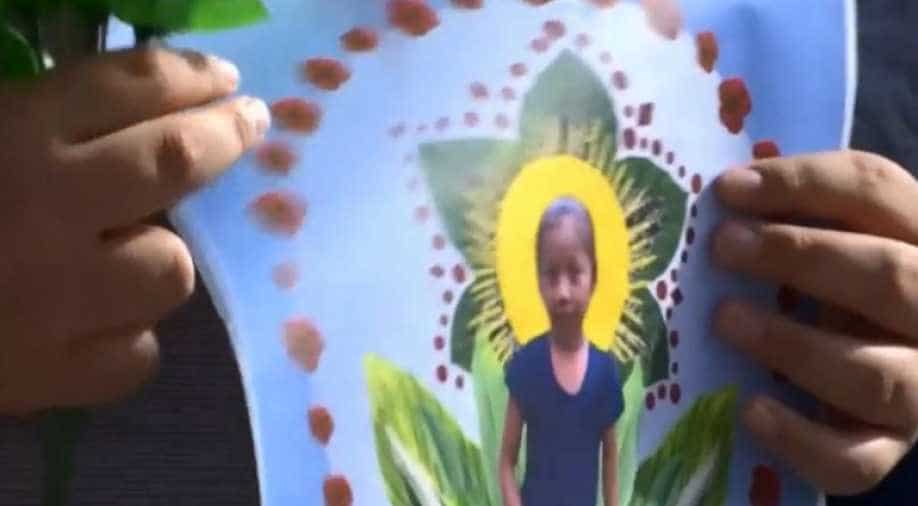 The attorneys representing the father also urged media not to speculate on the cause of death as neither the hospital nor the medical examiner has released an official statement.

The father of the seven-year-old Guatemalan migrant who died after being detained by US border agents called for an objective investigation into the incident on Saturday.

"The family is seeking an objective and thorough investigation and are asking that investigators will assess this incidence within nationally-recognised standards for the arrest and custody of children," her father Nery Caal's lawyers said in a statement.

The attorneys representing the father also urged media not to speculate on the cause of death as neither the hospital nor the medical examiner has released an official statement.

On December 8 Jakelin Caal died of high fever in a hospital in El Paso, Texas. She died hours later while she was in the care of US Customs and Border Patrol.

As US authorities are investigating the matter, the exact cause of her death has not been determined so far.

Her lawyers also criticised border authorities for asking her father Nery Caal to sign a form written in English about the state of his daughter's health as "he speaks no English".

As per the lawyers' statement, her father speaks Q'eqchi', a Mayan language used in Guatemala, and Spanish is his second language.

"It is unacceptable for any government agency to have persons in custody sign documents in a language that they clearly do not understand," the statement said.

The lawyers also clarified reports saying that that Jakelin had "not eaten or had any water for several days" while crossing the desert before the border patrol took her into custody.

"Jakelin's father took care of Jakelin... made sure she was fed and had sufficient water," the statement said.

"She had not suffered from a lack of water or food prior to approaching the border."

Jakelin Caal accompanied by her father Nery were in a group of over 160 migrants who handed themselves into US border agents in New Mexico earlier this week.

Her death has sparked an outrage across the country with leaders demanding a proper investigation into the matter. The case has also raised pressure on Trump and his administration's efforts to halt the migration of Central American families.

"It's a needless death and it's 100 per cent preventable," he told reporters.

"This could be my daughter or yours, let that sink in America," said newly elected Congresswoman Ilhan Omar, herself a refugee from Somalia.

Deforestation to make way for palm-oil plantations has made subsistence farming increasingly hard for the 40,000 inhabitants of Raxruha municipality in Guatemala, That has spurred an exodus of migrants.

Almost 80 percent of Guatemala's indigenous population are poor, with half of those living in extreme poverty. The mayor of San Antonio de Cortez described the Caal family as among the worst off in the village.

Record numbers of parents travelling with children are being apprehended trying to cross the US border with Mexico. In November, US Customs and Border Protection (CBP) officers detained 25,172 members of "family units," the highest monthly number ever recorded, the agency said.