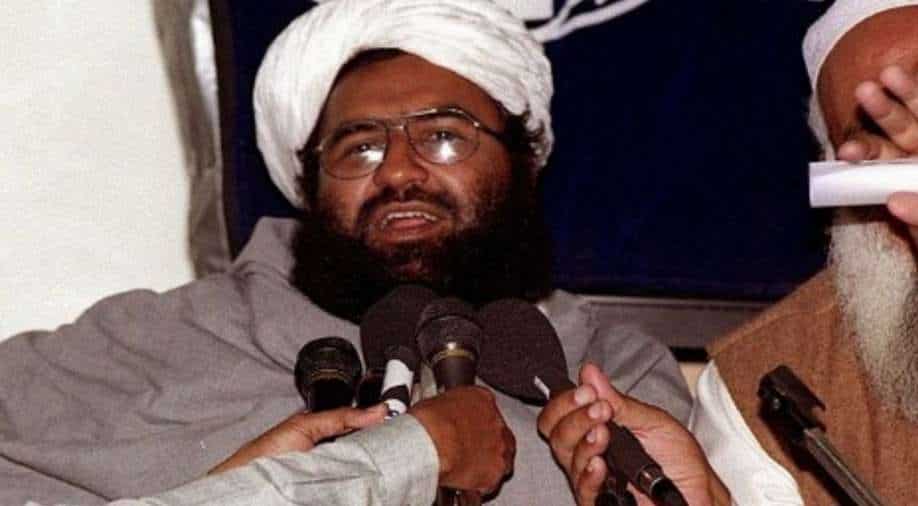 This a file photo of Masood Azhar. Photograph:( AFP )

FATF'S mutual evaluation report pointed out how France played an 'active role in the international sanctions policy and designations on UN lists.'

Over 40 personnel of India's Central Reserve Police Force(CRPF) were killed in the Pulwama terror attack on February 14, 2019. The attack was perpetrated by UN-listed Pakistan based terror organization Jaish-e-Mohammed.

The FATF mutual evaluation report said: "France adopted a national freezing measure on March 15 against Mohamed Masood Azhar Alvi, the founder and leader of that organisation" and Paris "subsequently proposed a draft European listing while supporting a United Nations 1267 listing, which was obtained on May 1 2019."

The mutual evaluation report pointed out how France played an "active role in the international sanctions policy and designations on UN lists."

The process of French national listing involves targets being identified by the intelligence agencies who send their proposed listings to the coordination unit of the fight against terrorism or UCLAT. This process ensures that there are no objections to the proposal by an intelligence agency or judicial body.

Tracfin, a unit under the French ministry of economy also adds its suggestions including giving details on the possible existence of assets in France in advance.

Not only has France steadfastly supported India after the Pulwama terror attack, the country has also backed Indian requests to block attempts by Pakistan to enlist innocent Indian citizens under the UNSC 1267 sanctions Committee based on fabricated charges.

In the aftermath of a string of terrorist attacks in 2020 in France, most notably the "Paris stabbing attack”, and the beheading of Samuel Paty in October, India expressed its condolences. In fact, in the face of the backlash against purported French “Islamophobia”, in countries such as Turkey and Pakistan, Prime Minister Narendra Modi extended his public support to President Macron.