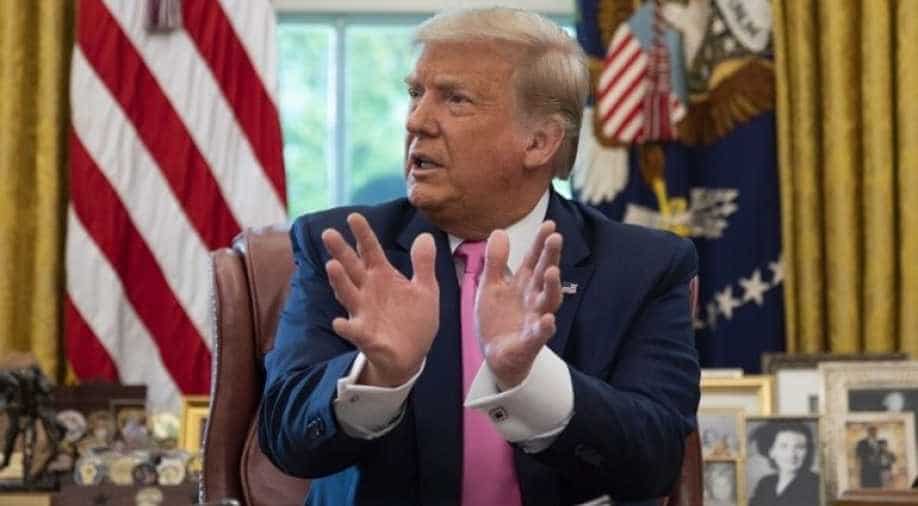 This disclaimer comes as follow-through on Facebook's pledge to fight misinformation including from world leaders and shifting slightly from its hands-off policy on political speech.

Social Media giant Facebook has placed an informational disclaimer on a post from US president Donald Trump on Tuesday. The post by Trump claims mail-in voting would lead to a "corrupt" election.

This disclaimer comes as follow-through on Facebook's pledge to fight misinformation including from world leaders and shifting slightly from its hands-off policy on political speech.

Trump wrote on Facebook claiming that mail-in voting, unless changed by the courts, "will lead to the most CORRUPT ELECTION in our Nation's History!" and added the hashtag #RIGGEDELECTION.

RIGGED 2020 ELECTION: MILLIONS OF MAIL-IN BALLOTS WILL BE PRINTED BY FOREIGN COUNTRIES, AND OTHERS. IT WILL BE THE SCANDAL OF OUR TIMES!

The social media site added a tag on it saying: Get official voting info on how to vote in the 2020 US Election" with a link to the government-sponsored USA.gov page on how to cast ballots.

Facebook has always held firm on its policy not to fact check political leaders but has vowed to take down any post which could instigate violence and mislead people about the voting process.

Recently, it promised to add labels to posts which would normally be removed for violating platform rules, but which are left online as "newsworthy," following the example of Twitter.