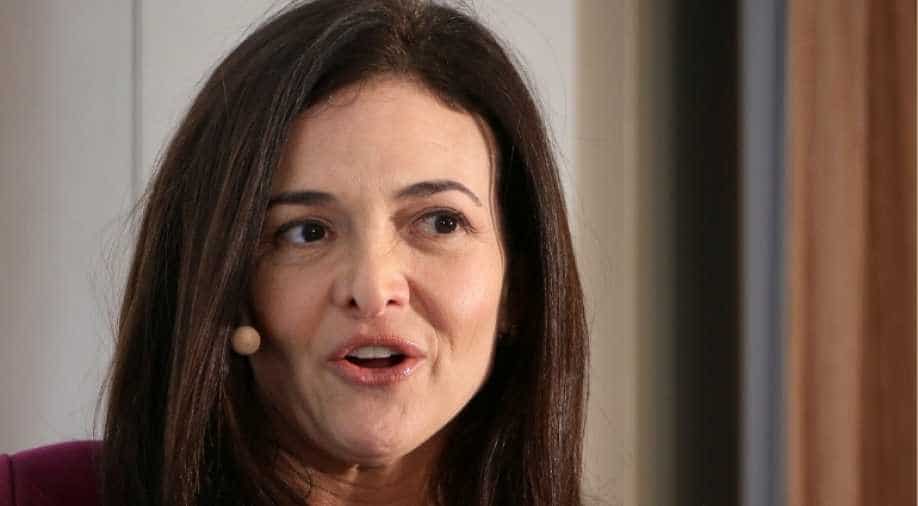 The social media platform is investing billions of dollars a year to improve the security of its network, Sandberg said.

The social media platform is investing billions of dollars a year to improve the security of its network, Sandberg said in an interview hosted by German newspaper Die Zeit and UK law firm CMS at the World Economic Forum in Davos, Switzerland.

"We did not anticipate all of the risks from connecting so many people," Sandberg said, adding that the site had added features that give users greater control over their personal information.

The 15-year-old technology company has been a darling of California's Silicon Valley, making stars out of its founder, chief executive and chairman Mark Zuckerberg, and Sandberg, known for her feminist manifesto "Lean In". But its shares have fallen roughly 33 per cent since July to $144 due to concerns about user privacy.

Last year, the company was buffeted by revelations that UK consultancy Cambridge Analytica had improperly acquired data on millions of its US users to target election advertising.

"We need to earn back trust," Sandberg said.

Some of Facebook's major shareholders have pushed for Zuckerberg, who has majority control of the company, to step down as chairman.

Sandberg said he should remain both chair and CEO. She said that she also plans to remain at Facebook, where she has worked since 2008.

Sandberg said that if Facebook had to change its business model and charge users a subscription fee instead of collecting advertising revenue, far fewer people would be able to use it.

"Fundamentally disallowing our business model would harm a lot of people all over the world."

She said her grassroots women's movement, spurred by the publication of "Lean In", was still going strong. But, asked if she was considering a run for US president in the 2020 election, she replied, "It's not on my agenda."