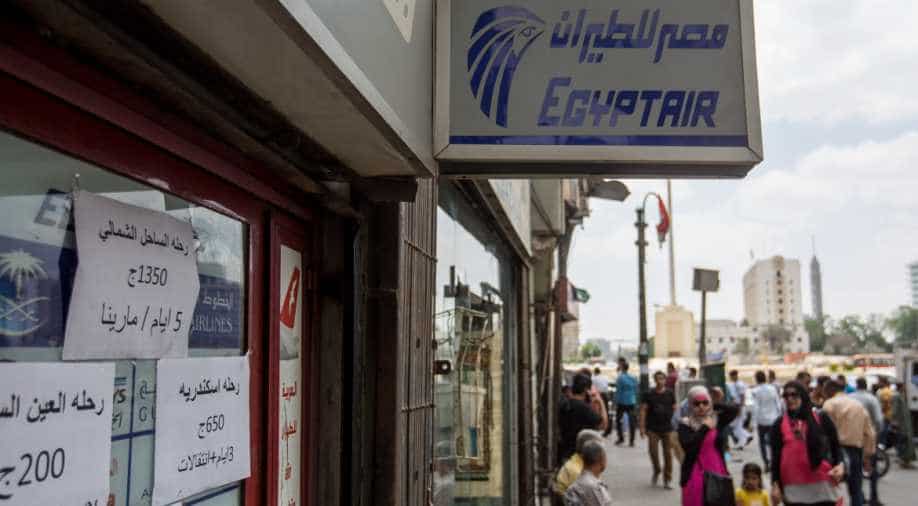 EgyptAir MS804 was en route from Paris to Cairo when it disappeared from radar over the Mediterranean. Photograph:( Getty )

Traces of explosives have been detected on remains of victims of an EgyptAir plane crash last May that killed all 66 people on board, the aviation ministry announced Thursday.

An official investigative committee which made the discovery has referred the case to Egypt's state prosecution, it added in a statement.

Under Egyptian law, the prosecution takes over "if it becomes clear to the investigative committee that there is criminal suspicion behind the accident", the ministry said.

French investigators have said that they had found trace levels of the explosive material TNT on the plane's debris but were prevented from further examining it, according to a report in the Paris daily Le Figaro.

EgyptAir MS804 was en route from Paris to Cairo when it disappeared from radar over the Mediterranean.

Investigators determined that a fire broke out in or near the cockpit of the Airbus A320 before it crashed between Crete and the coast of northern Egypt. An earlier analysis of the plane's flight data recorder showed there had been smoke in the lavatory and avionics bay.

Among the 66 people on board were 40 Egyptians, including the 10-member crew, and 15 French nationals.

Egypt's aviation minister had said a terrorist attack was the most likely cause of the crash.