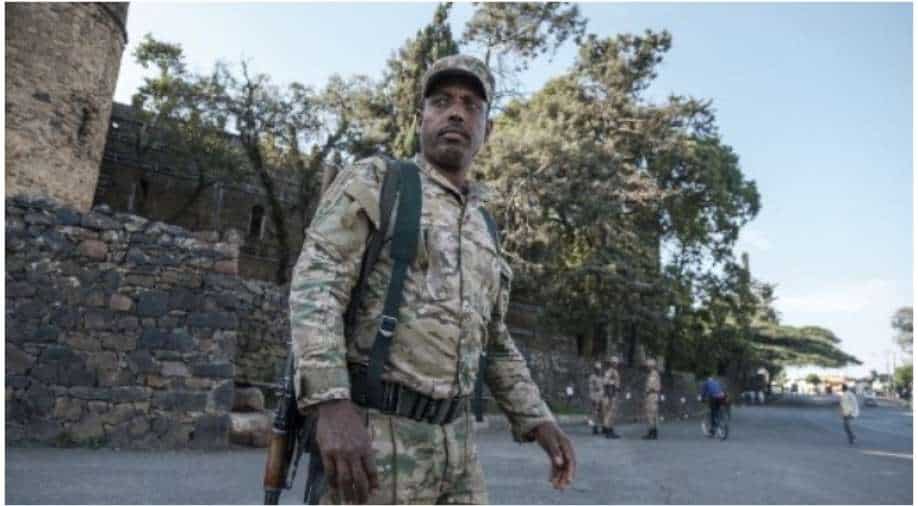 A member of the Amhara special forces is photographed in the city of Gondar, Ethiopia, on November 07, 2020. Photograph:( AFP )

An explosion took place under a bridge in Ethiopia's capital Addis Ababa on Wednesday. Spokesperson of Ethiopia's federal police was quoted by Reuters as saying that a man was injured in the blast. The man lost his leg. Cause of the explosion is unknown at the moment.

There is no indication at present that the explosion is related to the ongoing conflict in the country's Tigray region.

Rags were seen lying in a stream near where the blast occurred, and the bridge was closed after the explosion before being reopened by authorities.

One witness at the scene told Reuters that the man had been planting devices when one went off.

Ethiopia is feared to be on the cusp of civil war as the African nation's army is currently engaged in a conflict with forces of Tigray nation.

On Wednesday, Ethiopian air force said it had bombed arms and fuel depots in the northern region of Tigray, as an escalation in fighting prompted thousands more people to seek refuge in neighbouring Sudan.

Prime Minister Abiy Ahmed sent troops and warplanes into the federal state of Tigray last week after a months-long feud with its ruling party, which he accuses of seeking to destabilise the country