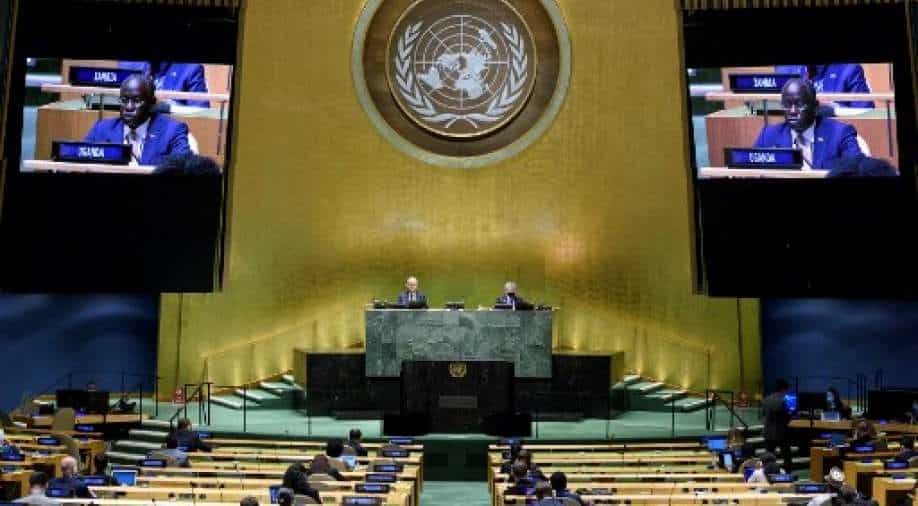 The United Nations General Assembly will vote today on a draught resolution suspending Russia's rights to participation in the Human Rights Council.

The United Nations General Assembly will vote on whether or not to expel Russia from the Human Rights Council as a result of its actions in Ukraine on Thursday.

To remove Russia, two-thirds of the 193 member states would have to vote in favour.

The Geneva-based council is mostly symbolic, although it has the power to order investigations into human rights breaches.

The Russian presidency of the UN Security Council is in its second year of a three-year term.

The United States' ambassador to the UN, Linda Thomas-Greenfield, labelled Russia's participation on the council a "farce" and urged for its expulsion earlier this week.

The General Assembly has voted two resolutions denouncing Russia's conduct since its invasion of Ukraine on February 24.

When is it going to happen, and who are the people in charge?

Following a request from Antigua and Barbuda, Canada, Colombia, Costa Rica, Georgia, Japan, Liberia, Republic of Moldova, Ukraine, the United Kingdom, the United States, and the Head of the European Union Delegation on behalf of 27 EU members, the UNGA will resume its Emergency Special Session on Thursday.

The Assembly will vote on a draught resolution that will determine whether to suspend the Russian Federation's rights to membership in the Human Rights Council.

What is the Human Rights Council, and what does it do?

The Human Rights Council is made up of 47 member states that are elected by secret vote by the majority of the General Assembly members.

What is the UNGA's voting procedure?

The UN General Assembly can suspend the rights of a member of the Council who commits egregious and systematic abuses of human rights by a two-thirds majority of the members present and voting.

Abstentions do not count, and the resolution must be approved by a two-thirds majority of yes/no votes.

What is the resolution that has been proposed?

The draught resolution, titled "Suspension of the Russian Federation's Rights of Membership in the Human Rights Council," takes note of the Human Rights Council's resolution of March 4, 2022, expressing grave concern about reports of gross and systematic violations of human rights and violations of international humanitarian law committed by Russia during its aggression against Ukraine.