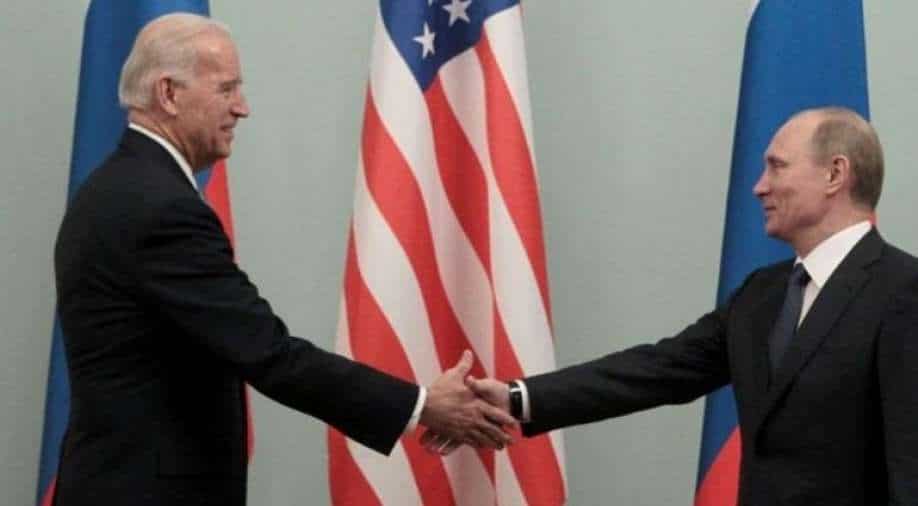 The Russian government had added earlier that the two leaders would discuss bilateral ties including strategic nuclear stability among other issues.

Russia said today it did not expect "reset" of ties after the announcement of Biden-Putin summit in Geneva next month.

Kremlin spokesman Dmitry Peskov said there was "excessive expectations" while adding that the summit was an important step.

President Biden and Russian President Putin are set to meet in Geneva on June 16.

US and Russia relations have hit new lows in the past few years with accusation of meddling in US elections. US authorities had earlier accused Russians of hacking into a tech company SolarWinds Corp to penetrate government networks.

The arrest of Russian leader Navalny has further strained relations between the two countries even as White House spokesperson Psaki said the US president will be raising the issue of Belarus led by Lukashenko who had forced a plane to land on Sunday in Minsk while detaining a dissident journalist.

Jen Psaki said the US president would seek to  discuss "the full range of pressing issues" to  restore "predictability and stability to the US-Russia relationship."

The Russian government had added earlier that the two leaders would discuss bilateral ties including strategic nuclear stability among other issues.

The Biden administration had earlier imposed sanctions on Russia over Moscow's alleged interference in the 2020 US election including cyber hacking and over the Ukraine crisis.