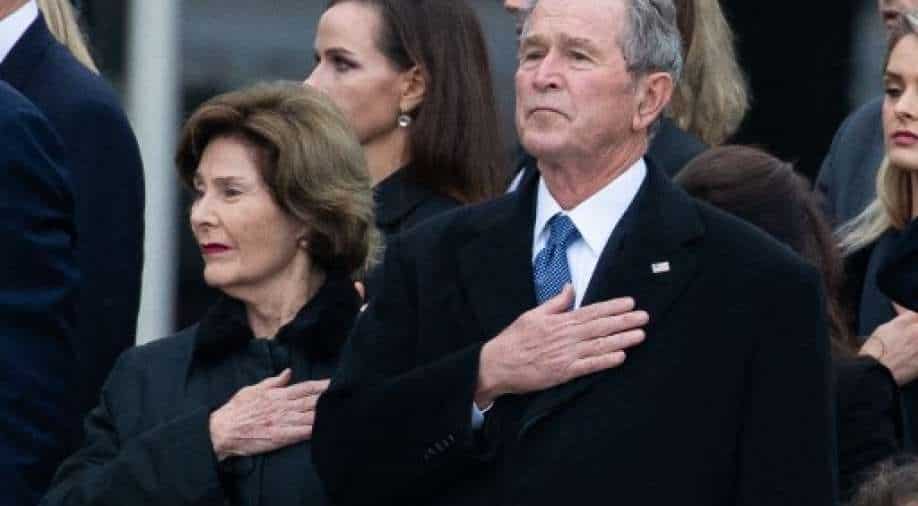 Former President George W. Bush and the ex-first lady Laura Bush had complained of ;nausea' and some aides reportedly experienced hearing problems during the G8 summit in Germany in 2007.

According to a report, former US President George W. Bush may have been a victim of "Havana Syndrome" during the G8 summit in Germany in 2007.

The report quotes Laura Bush's 2010 memoir "Spoken from the Heart" in which she said one of the military aides reportedly had difficulty walking and a "White House staffer lost all hearing in one ear".

Laura Bush's book has become the focus of attention as the former first lady claimed Bush felt so ill that he could barely stand up to greet the then French president Nicolas Sarkozy.

The former first lady wrote in the book that the doctors concluded that it was a virus which "attacks the nerve near the inner ear".

Also Read: FBI will continue to 'identify the cause' of Havana Syndrome

US secretary of state Antony Blinken had earlier vowed to "get to the bottom" of so-called "Havana syndrome".

The mysterious illness was first detected in 2016 when US and Canadian diplomats reportedly experienced nausea and headaches while hearing high decibel sounds. Similar incidents were also reported by diplomats in Austria, China, Russia and Columbia.

Cuban scientists had however claimed that there is no evidence of the "Havana Syndrome" as they did not find it "scientifically acceptable".

In July reports claimed several US officials in Vienna had experienced the syndrome which has puzzled the US administration in recent years.

In another high profile development, US Vice President Kamala Harris had reportedly delayed her visit to Vietnam earlier this year after the US embassy in Hanoi apparently reported a case. Reports claim America's CIA has been investigating the issue.