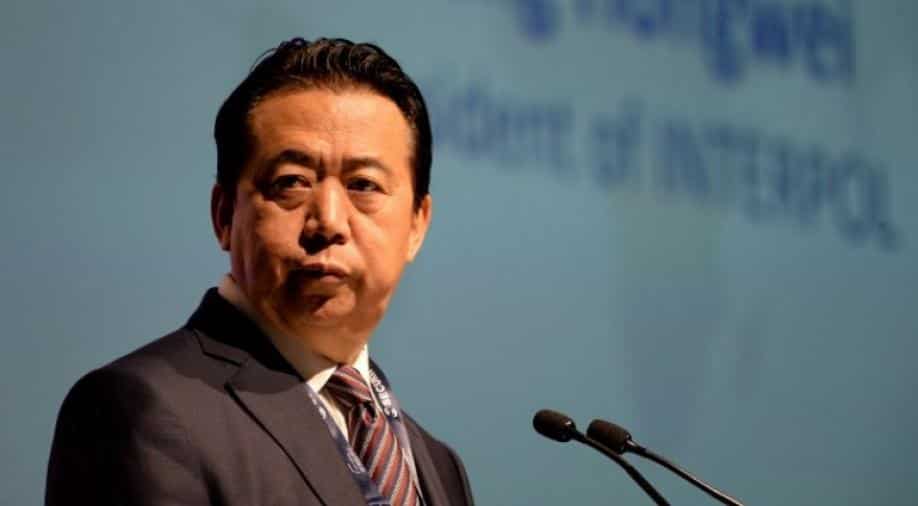 Former Interpol chief Meng Hongwei is under investigation for suspected bribery in Beijing, China's Ministry of Public Security announced in a statement on its website on Monday.

Meng Hongwei, who resigned on Sunday, "accepted bribes and is suspected of violating the law", the ministry said in a statement, adding that any others who took bribes would be investigated.

Beijing on Monday has said that the Chinese head of Interpol, who vanished after returning to his homeland, was under investigation for possible criminal activity, and the world police organisation said he had resigned.

According to reports, the revelations came as Meng Hongwei's wife voiced concern for his life after receiving a final text message from his phone with a knife emoji.

Beijing had remained tight-lipped about the fate of Meng, who is also China's vice minister for public security, since his disappearance was disclosed by French officials on Friday.

The National Supervisory Commission, which handles corruption cases involving public servants, broke the official silence early Monday, saying in a one-line statement that Meng "is currently under investigation on suspicion of violating the law".

Soon after, Interpol said it had received Meng's resignation "with immediate effect".

It is the latest high-profile disappearance in China, where a number of top government officials, billionaire business magnates and even an A-list celebrity have vanished for weeks or months at a time.

Meng, the first Chinese president of Interpol, was last heard from on September 25 as he left Lyon -- where the world police body is based -- for China.

The agency's secretary general Juergen Stock, who oversees day-to-day operations, had said Saturday that it was seeking "clarification" on his whereabouts from Chinese authorities.

French police had opened an investigation into Meng's disappearance last week, according to a source close to the inquiry.

Meng, 64, had lived with his wife and two children in France since being elected Interpol president in 2016 for four years.

The agency said it will elect a new president next month at its general assembly in Dubai for the remaining two years of Meng's term.