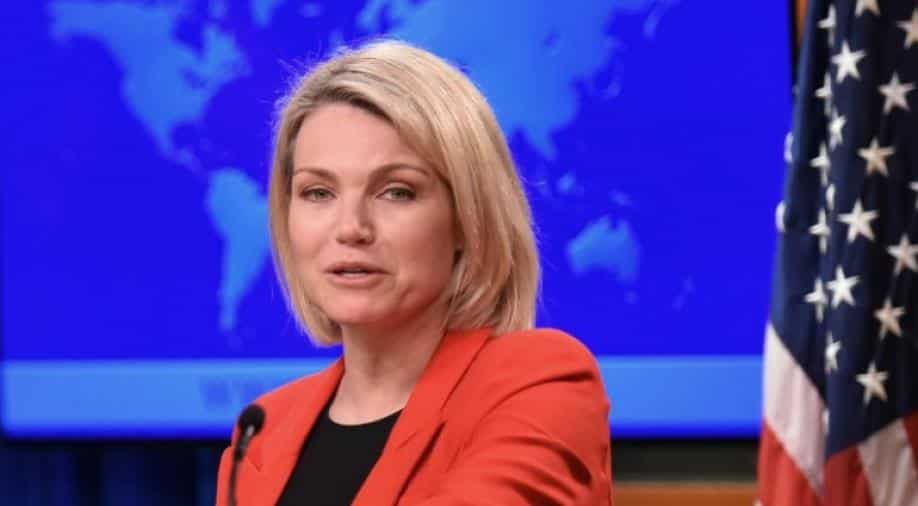 Nauert is currently a State Department spokesperson. She was nominated for the UN job by Trump.

Former Fox News anchor and State Department spokeswoman Heather Nauert said Saturday that she has withdrawn from consideration to be the next US ambassador to the United Nations.

"The past two months have been gruelling for my family and therefore it is in the best interest of my family that I withdraw," Nauert said in a statement.

The abrupt statement, issued in the evening of a holiday weekend, came after weeks of often mocking criticism of the nomination of Nauert, who had no foreign policy experience until two years ago when she was named State Department spokeswoman.

Opponents questioned whether Nauert, despite her poise at the podium, had the gravitas and skill to go head-to-head on complex international issues with seasoned diplomats from adversaries such as Russia.

President Donald Trump, an avid viewer of conservative-leaning Fox News where Nauert was once an anchor on morning show "Fox and Friends", told reporters in December that he wanted her to be UN ambassador.

Her nomination, however, was never formally submitted to the Senate and she has vanished for over two months as she prepared for a confirmation hearing — and, eventually, the top diplomatic job.

With Trump's Republican Party in control of the Senate, her nomination had not seemed to be in serious risk, barring any disclosure that had not been made public.

The UN post has been vacant since the start of the year after Nikki Haley, a former governor seen as a rising star in Republican politics, decided to leave after two years in the position.

Secretary of State Mike Pompeo praised Nauert in a statement, saying that he had "great respect" for her "personal" decision to withdraw.