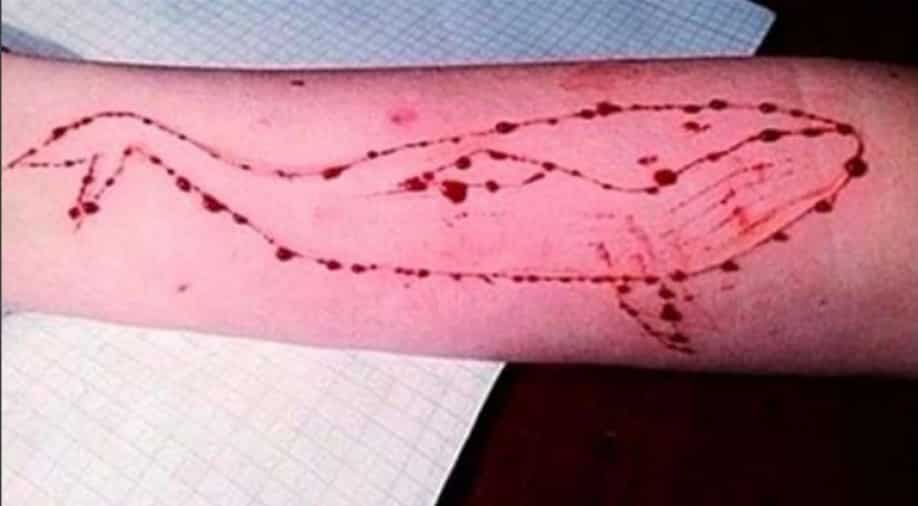 Blue Whale challenge: A 14 year-old-boy in Andheri, Mumbai committed suicide on Saturday evening from the terrace of a seven-floor building. Photograph:(Instagram)
Follow Us

The Blue Whale Challenge has triggered serious tension among parents as the game is gripping youngsters into committing suicide all over the world. ||The game is said to be invented by a 22-year-old Russian guy named Philipp Budeikin.

Reports suggest that the boy may have committed suicide after taking the 'Blue Whale' challenge.

The Blue Whale Challenge has triggered serious tension among parents as the game is gripping youngsters into committing suicide all over the world.

What is the challenge all about?

But if we go into the technicalities of this 'sick game', anyone who takes up the challenge has to commit to it for 50 days. People who play the game has to take up challenges like cutting their hand and uploading pictures with Bluewhale hashtag along with some Russian term like "f58", "f57".

"Do you really wanna play?"

This line will emerge on a player's screen before joining the game. It serves as a warning that once you join, there's no going back.

However, even if you want to leave the game mid-way, the curator issues a warrant saying "we have all your information, they will come after you".

Some basic rules include:

- The player has to listen to their recommended songs and watch horror movies every day.

- The player will cut himself/herself on different days.

- The game has to be kept a secret from others.

- The player cannot share any information related to the game.

- The player will upload pictures as proof to the curator.

- If a player has somehow managed to finish the fifty-day challenges, the game will ask him or her to jump off a building or jump under the train.

Who invented the game?

The game is said to be invented by a 22-year-old Russian guy named Philipp Budeikin. The game started functioning in 2013 with the name "F57".

Philipp is a former psychology student who got expelled from his university. The man says that he created the game to "cleanse society" by pushing depressed people who are no less than a  "biological waste".

"Don't worry, you'll understand everything. Everyone will understand" Budeikin said when asked about the intentions behind creating this deadly game. He was sentenced to three-year prison by Russia for creating the game and inciting 16 schoolgirls to kill themselves.

The game caused its first suicide in 2015.

Isaiah, a teenage boy from San Antonio, Texas, committed suicide on July 8, as a part of the Blue Whale Challenge. (Facebook)