Even as tensions over Ukraine rise, US-Russian space cooperation continues 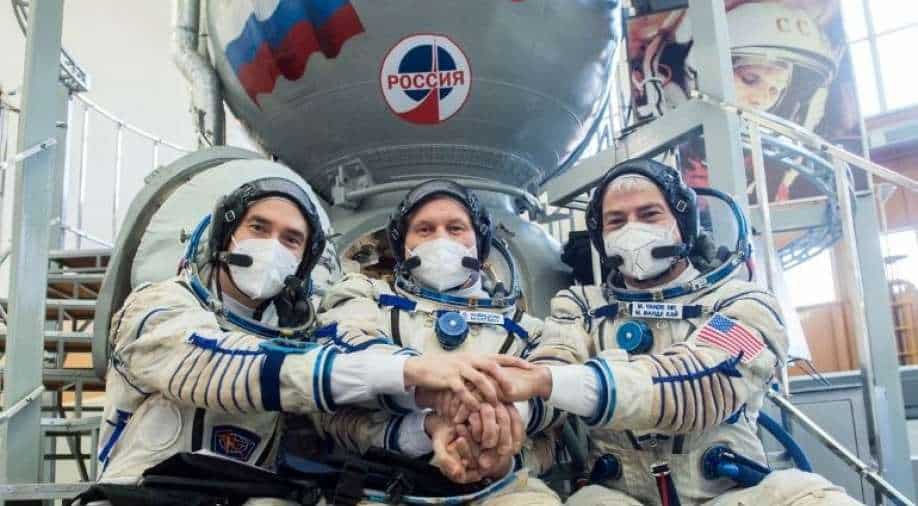 After the collapse of the Soviet Union and the end of Cold War rivalry that spurred the original US-Soviet space race, the ISS was born in part as a foreign policy initiative to improve relations between the two countries. Photograph:( Reuters )

Even as tensions between the United States and Russia over the Ukraine crisis build, the longstanding collaboration between the two countries in operating the International Space Station (ISS) continues on solid footing.

NASA and Roscosmos, its Russian counterpart, are still in talks about a new "crew exchange" deal some seven weeks after the Biden administration pledged to keep the ISS operational through 2030. The US space agency said that under such an agreement, the two former rivals would routinely share flights to the station on their respective spacecraft.

A total of six astronauts, including four Americans, two Russians, and a German, are currently working together in microgravity on the platform.

After the collapse of the Soviet Union and the end of Cold War rivalry that spurred the original US-Soviet space race, the ISS was born in part as a foreign policy initiative to improve relations between the two countries.

Despite this, US-Russian relations have soured since Russia annexed Crimea from Ukraine in 2014. As a result, Congress has banned any new government contracts with companies using Russian rocket engineers for national security launches after 2022, according to the website SpacePolicyOnline.com.

The sanctions Washington imposed in response to Russia's incursions into eastern Ukraine this week did not target Russia's space program.

Also read | Russia-Ukraine crisis: Here are top developments that you should know

In 2011, the United States ended its space shuttle program and began paying Roscosmos to ferry NASA astronauts to and from the space station aboard Soyuz capsules. The agency resumed launching its own astronauts from US soil in 2020, while still taking some rides on Soyuz.

With the new agreement, NASA astronauts will be able to fly aboard Soyuz for free in exchange for Russian cosmonauts sharing rides with US astronauts on SpaceX flights. In preparation for such a deal, NASA said three Russian cosmonauts are already training at NASA's Johnson Space Center near Houston.

In mid-November, before tensions escalated in Ukraine, US-Russian space cooperation was shaken by a missile test that destroyed one of Russia's own defunct surveillance satellites in an unannounced missile test, generating a debris field in low-Earth orbit that threatened the space station.

All seven members of the ISS crew, including two cosmonauts, had to take shelter in docked spaceships for two hours afterwards to prepare for a possible quick escape.

NASA chief Bill Nelson slammed the anti-satellite test as "reckless." He was quoted in the Washington Post as saying the Russian space agency was likely surprised by the test and "probably just as appalled as we are."