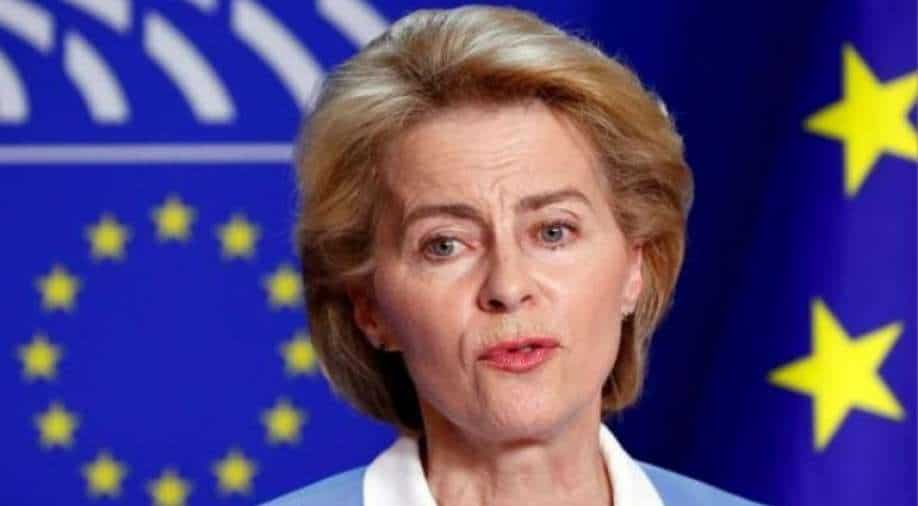 (File photo) Ursula von der Leyen was in Latvia when she made this statement Photograph:( Reuters )

As Belgium reported the first case of the new  B.1.1.529 variant, the European presidency said today that its crisis committee had "agreed on the need to activate the emergency brake and impose temporary restriction on all travel into EU from southern Africa."

The council called upon members to test and quarantine all incoming passengers, it added.

Reports said the restrictions would be applied to South Africa and six other African countries.

European Commission chief Ursula von der Leyen had earlier called for an "emergency brake to stop air travel from the southern African region" as the B.1.1.529 variant created panic worldwide.

European Commission spokesman had said earlier said that the bloc needed to "act very fast" and stay vigilant to prevent the virus from entering Europe.

However, Belgium reported the first case as the country's authorities reported a person travelling from Egypt was detected with the virus.

The World Health Organisation had however cautioned against imposing a travel ban as it said it would take weeks to understand data related to the virus variant. WHO added that at least a hundred sequences of the variant have been detected so far while urging people to continue wearing masks.