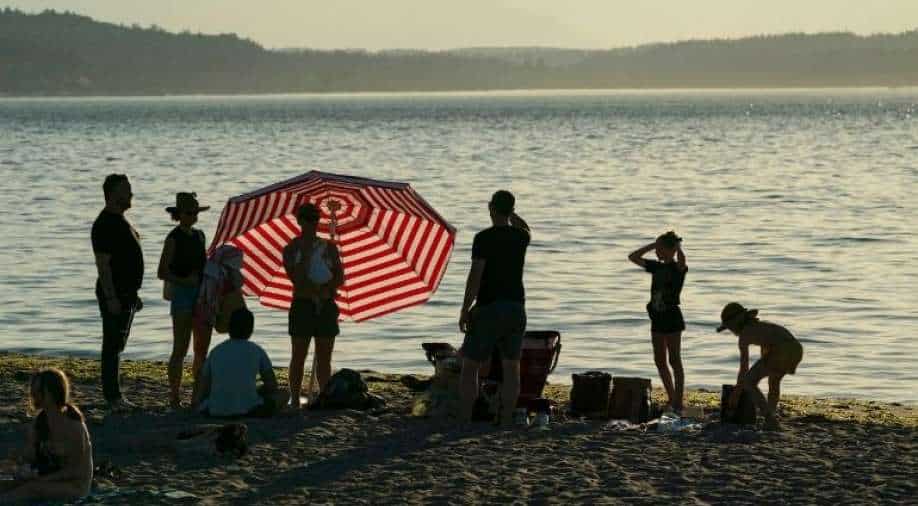 According to Copernicus, the average temperature from June to August this year was about 1 degree Celsius higher than the average from 1991 to 2020.

On September 7, the European Union's Copernicus Climate Change Service stated that Europe had its hottest summer on record this year.

The scorching summer temperatures come as climate scientists increasingly warn that time is running out to avoid the worst effects of climate change.

According to Copernicus, the average temperature from June to August this year was about 1 degree Celsius higher than the average from 1991 to 2020.

This summer was the warmest in the service's database, which dates back to 1950.

Temperatures in Mediterranean countries such as Italy, Greece, Turkey, and Spain were extremely high.

The highest temperature ever recorded in Europe was 48.8 degrees Celsius (119.8 degrees Fahrenheit) in August in the Italian area of Sicily.

Eastern Europe saw warmer-than-normal temperatures in August, according to the service, while northern Europe had temperatures that were below average.

The data was released after Europe was hit by a slew of catastrophic weather events this summer.

Amid sweltering heatwaves, wildfires burned not only in Italy, Greece, Turkey, and Spain, but also in France, Portugal, and Russia.

The greatest flooding in decades hit Germany, Belgium, and several other European countries, killing a total of 242 people.

Extreme weather events, according to scientists, are being driven by the phenomenon of global warming.

According to a new assessment, due to the impact of climate change, glaciers in southern Europe in the Pyrenees mountain range between Spain and France will diminish to ice patches in the coming decades.