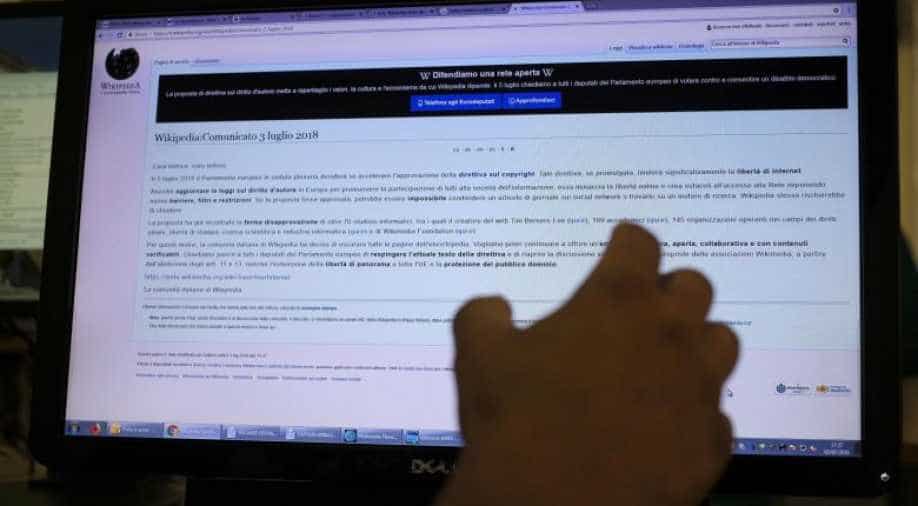 Members of European Parliament meeting in the eastern French city of Strasbourg voted 318 against the measure, 278 in favour, with 31 abstentions. The draft law was firmly resisted by major US tech giants as well as advocates of Internet freedom.

Previously, In Spain, Italy and Poland, an explanatory, protest statement about the upcoming vote came up when the online encyclopeead of the usual web page on whatever celebrity, legal case or historical event users had searched for.

"The directive would threaten online freedom and would impose new filters, barriers and restrictions to access the web," Wikipedia Spain said in its statement.

Italian Wikipedia blocked readers from its pages on Tuesday in protest over the future of EU online copyright law.

Critics say the rules&nbspcould put an end to memes and remixes, and require platforms to pay for linking to news.

The editors wrote that "Wikipedia itself would be at risk of closing".

"If the proposal was approved in its actual version, actions like sharing news on social networks or accessing news via a search engine would be more complicated on the Internet."

It added that Wikipedia would be "at risk" and asked users to phone their MEPs.

The overhaul of European copyright law is divided into several sections, one of which is the reform criticised by Wikipedia and others who have warned it will lead to blanket censorship by tech giants.

Another reform would force online platforms such as Google and Facebook to pay for links to news content, which news agencies including AFP have hailed as a "major step".