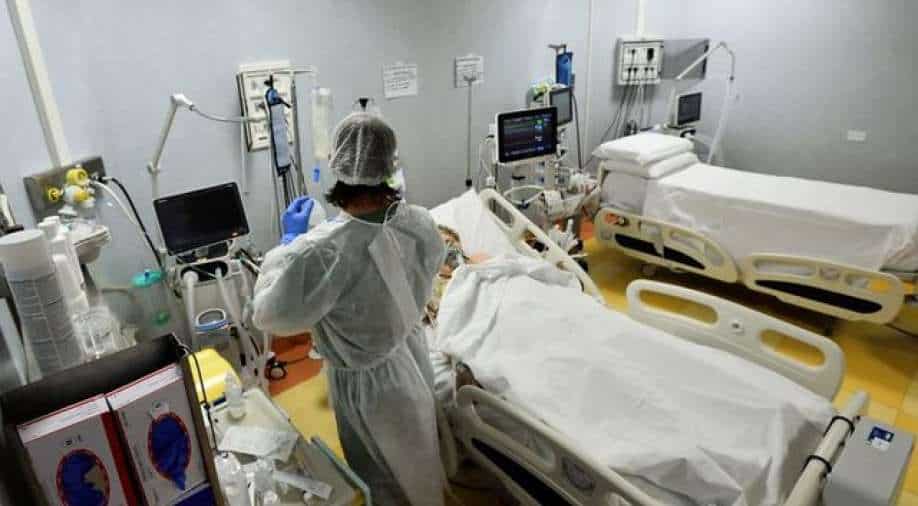 A file photo of a COVID-19 ward in a hospital.  Photograph:( Reuters )

Israel leads the world in vaccination efforts with about 110 shots given for every 100 individuals. Some vaccines require two doses.

Also, the number of infections in Europe have started picking up, with France recently seeing its biggest one-day jump in cases since November. The region is currently reporting a million new cases about every six days.

As Germany plans to lift the lockdown and revive its economy, an expert at the Robert Koch Institute for infectious diseases said on Tuesday that the number of infections is rising exponentially, with the country entering a third wave of the pandemic.

As the European Union looks to meet its summer target of inoculating 70 per cent of adults, at least 13 countries in the bloc have suspended or delayed using AstraZeneca's COVID-19 vaccine after reports of blood coagulation in people who have received the shot.

Countries in eastern Europe, including Russia, remain the worst-affected based on the total number of cases and deaths.

Russia has the highest total number of COVID infections, with over 4.4 million or nearly 12% of all the cases in the region. The country has one of the highest COVID-19 fatality rates in the world on a per capita basis, with about 153 deaths per 100,0000 residents, behind the United States with 164 deaths for every 100,000 people.

Italy became the third country in Europe to exceed more than 100,000 deaths last week. Prime Minister Mario Draghi warned that the situation would worsen again with a jump in hospitalizations.