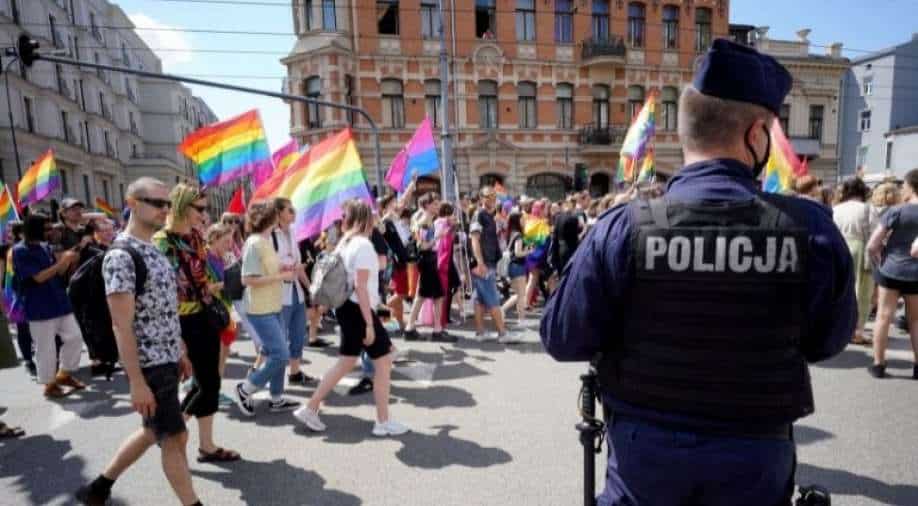 The EU reportedly said that LGBT+ rights must be respected by all its member states, even though Poland’s ruling party has initiated a series of homophobic policies

The European Union is set to take legal action against Poland for setting up “LGBT-free” zones in many places.

These zones have been set up by some local authorities.

The EU reportedly said that LGBT+ rights must be respected by all its member states, even though Poland’s ruling party has initiated a series of homophobic policies to lead the country.

Reuters news agency quoted a EU official as saying that they were checking the possibility of any violations of “EU treaties” in the process of creating those zones.

The assessment is currently underway. Another official confirmed to Reuters that they’re studying the issue.

Officially known as an “infringement procedure”, the legal action would challenge Poland to eliminate the zones. In case the country fails to comply, they could face hefty fines.

A Polish government spokesperson told Reuters that the country has no laws that would “discriminate against people based on their sexual orientation”. Currently, Poland is under EU’s eye for allegedly undercutting the bloc’s laws.

Poland’s governing Law and Justice (PiS) party has been at odds with the EU over many democratic values. It has brought courts and media under more state control, tried to cut women’s rights and rejected migrants from the Middle East and Africa.

Even amidst the pressure, Poland receives heavy financial aid from the European Union. But that hasn’t changed the attitude of its leaders. The party has refused to change its track, claiming that it ought to defend its country’s traditional and Catholic customs.