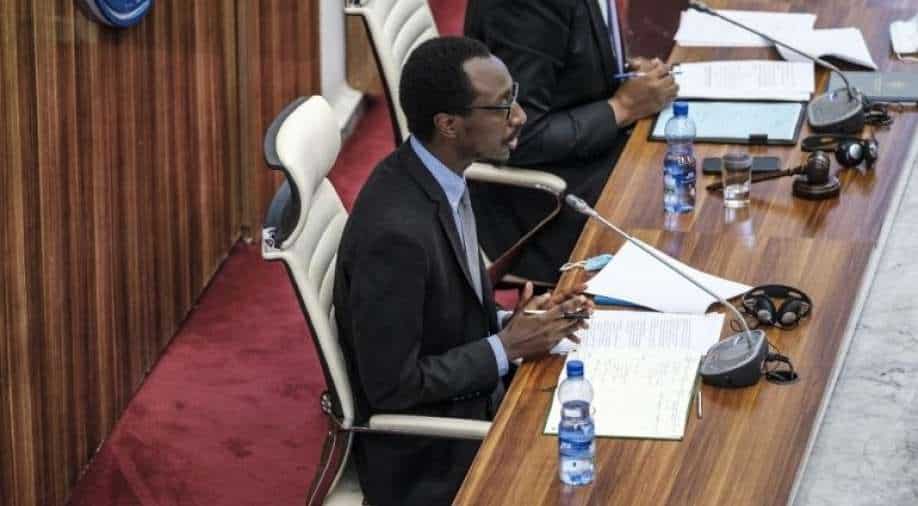 Gedion Timothewos (L), Attorney General of Ethiopia, addresses the members of the House of People's Representatives during a session to approve the state of emergency declared by the Prime Minister, in Addis Ababa, Ethiopia, on November 4, 2021. (File Photo) Photograph:( AFP )

UN officials are alarmed by a surge in arrests since Ethiopia introduced a state of emergency on November 2. Within just a matter of two weeks, more than 1000 people have been arrested.

The UN human rights office said Tuesday that most of those detained in Ethiopia's capital Addis Ababa, Gondar, Bahir Dar, and other locations are Tigrayans.

"According to reports, at least 1,000 individuals are believed to have been detained... with some reports putting the figure much higher," spokeswoman Liz Throssell told reporters in Geneva.

The arrests have occurred since Prime Minister Abiy Ahmed's government declared a state of emergency two weeks ago when Tigray People's Liberation Front (TPLF) fighters threatened to march on the capital.

In addition, lawyers say that thousands of Tigrayans have been arbitrarily detained since the government announced the measures, which allow officials to detain without a warrant anyone suspected of supporting "terrorist groups".

A number of UN employees are among those arrested since the state of emergency was declared.

In a statement released by Stephane Dujarric, UN Secretary-General Antonio Guterres again called for the immediate release of the employees.

"As far as the Secretary-General is aware, the staff members are being held without charge, and no specific information has been provided regarding the reasons for their arrest," Dujarric said.

"We call for all those still in detention to be immediately released," she said, adding that if that does not happen, "a court or other independent and impartial tribunal should review the reasons for their detention, or they should be formally charged".

According to her, it is "challenging" for the remaining UN rights agency staff to do their work, adding that "we have reports of at least 1,000 people detained" but are not able to provide a more definite number.

In general, she said, detention conditions were poor, with many detainees being held in overcrowded police stations.

Many of those detained had reportedly not even been informed of the reason for their detention, let alone charged formally.

"We are also concerned at reports of ill-treatment in detention," she said, adding that even though they had no specific evidence of torture, the reports were still concerning.

The conflict between Ethiopian authorities and the TPLF has killed thousands, displaced over two million people, and left hundreds of thousands in famine-like conditions over the past year.

All sides involved in the conflict have committed serious human rights violations, according to the UN.