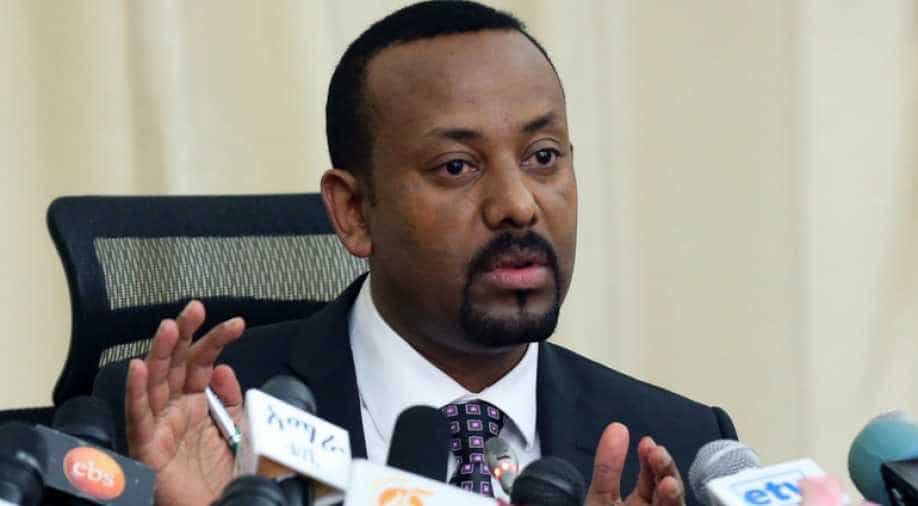 Prime Minister Abiy Ahmed's office said Friday the nation of Ethiopia was proud of his Nobel Peace Prize win, hailing it as testimony to efforts to reform the country and seek peace with Eritrea.

Prime Minister Abiy Ahmed's office said Friday the nation of Ethiopia was proud of his Nobel Peace Prize win, hailing it as testimony to efforts to reform the country and seek peace with Eritrea.

"We are proud as a nation," his office wrote on Twitter after the announcement of Abiy's win.

In a statement, his office further praised the decision as "timeless testimony to the... ideals of unity, cooperation and mutual co-existence that the Prime Minister has been consistently championing".

"Since Prime Minister Abiy Ahmed assumed political leadership in April 2018 he has made peace, forgiveness and reconciliation key policy components of his administration," the statement said.

"At a national level, the release of tens of thousands of political prisoners, granting of amnesty for media entities and political parties charged under the anti-terrorism law to return from exile and engage peacefully, widening the space for political parties... are some notable milestones.

"At the regional level, ending the two-decade stalemate between Ethiopia and Eritrea has opened up a new dimension of possibilities for co-operation between the two countries."

The statement also pointed to Abiy's attempts to reconcile differences regionally, among countries across the Horn of Africa.

However, despite Abiy's moves for peace, the Eritrea deal has been undermined by a lack of tangible progress on critical issues like border demarcation.

Hopes that it may lead to an opening up of one of the world's most isolated countries, and the ending of forced military conscription have also yet to bear fruit.

Eritrea's ambassador to Japan, Estifanos Afwerki, on Twitter hailed the decision, saying the people of Eritrea and Ethiopia "with blood, sweat (and) tears have won again over evil."

African Union chief Moussa Faki on Twitter congratulated Abiy on the win "for his historic peacebuilding efforts that have given the world hope at a time it needs servant leadership more than ever."