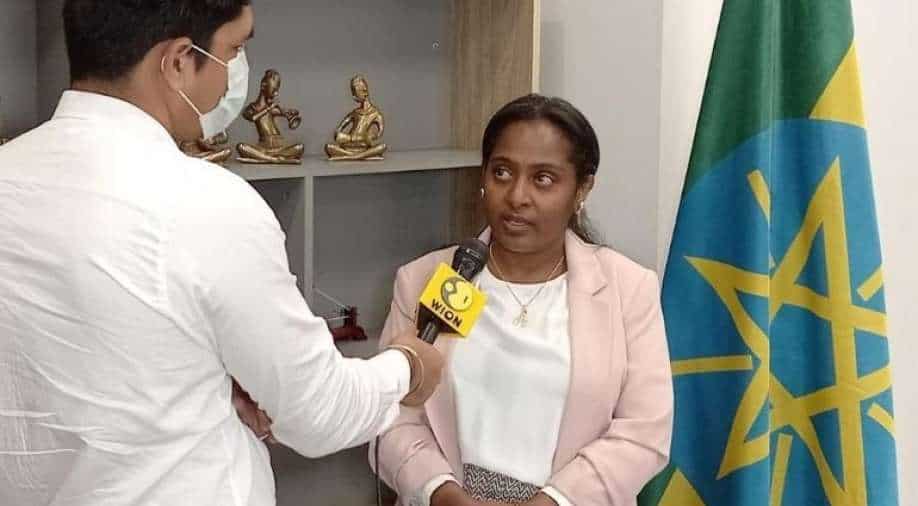 After confrontations between Ethiopian government troops and the Tigray People’s Liberation Front, the situation in Tigray has made international headlines.

The Ethiopian Envoy to India, Tizita Mulugeta, has appreciated India's "principled" stance on the Tigray issue at the United Nations security council. During the UNSC meeting on the issue on 2nd July, India's envoy to the UN, TS Tirumurti, commended the Ethiopian government for its announcement of a humanitarian ceasefire in the Tigray region & granting "humanitarian access to a majority of areas under stress" while backing the country's territorial integrity.

The situation in Tigray has been making global headlines after clashes broke out between the Ethiopian government forces and the local Tigray People’s Liberation Front (TPLF). Tigray is a region in the northern part of Ethiopia that shares borders with Eritrea and Sudan.

The Ethiopian envoy also spoke about ties between the two countries and how they are cooperating amid the Covid crisis. India had sent vaccines to Ethiopia.

Sidhant Sibal: How has been the engagement between India and Ethiopia?

Sidhant Sibal: Amid the COVID-19 crisis, how have both countries been engaging?

Tizita Mulugeta: It is well known that India is the global hub of pharmaceuticals and it has really done a lot in terms of vaccine diplomacy. Even before the Covid vaccine arrived, we got a lot of support, especially in terms of different kinds of medications for COVID-19. After March, my country has received close to 2.2 million COVID-19 vaccines and we are still expecting more from the Indian side which has been produced in the Serum Institute through the Covax facility. This really helped to curb the situation to some extent. It is one of the means to develop the existing relationship between Ethiopia and India.

Sidhant Sibal: How has the situation been in Tigray? Have you briefed the Indian side?

Tizita Mulugeta: If you see the real side, the very essence of the issue started in November when our government started the law enforcement operation when Tigray People's Liberation Front or TPLF attacked the Ethiopian National Defence Force. Then within 3-4 weeks, the operation was complete and then the government focused on apprehending the very leader of the TPLF who instigated the problem. The government already declared unilateral ceasefire, taking the condition that since June and July is the harvest season, giving time to farmers to harvest and facilitating the humanitarian assistance. But despite that, TPLF keep on waging the attacks in neighbouring regions of the country and they have been attacking various refugee camps found in Tigray region and they are waging attack on Afar region especially the displaced people where majority are children. So even in this case, even if our govt has already declared unilateral humanitarian ceasefire which is a political decision, we didn't get international community recognising this, and also condemning what TPLF is doing, where they have been deploying lot of children.

Sidhant Sibal: The issue came up at UNSC. How do you see India's stance?

Tizita Mulugeta: This issue has been there for some time at the United Nations security council and India is a non-permanent member of the UNSC. Throughout all this time we found India kept its principled position of non-interference in the sovereignty of a given country and also non-interference in affairs of a country. They consider the issue as something that can be solved by the government itself. Not only that, when the issue was raised at the UNSC, but India has also shown its principled stance that this issue has to be dealt with by the three negotiating countries under the platform of African Union. It clearly shows India is really supporting the stand of Ethiopia which is principled based and based on the non-interference principle of India. We are always grateful for the support we are getting from the Indian government.