Ethiopia and Eritrea: decades of discord, then detente 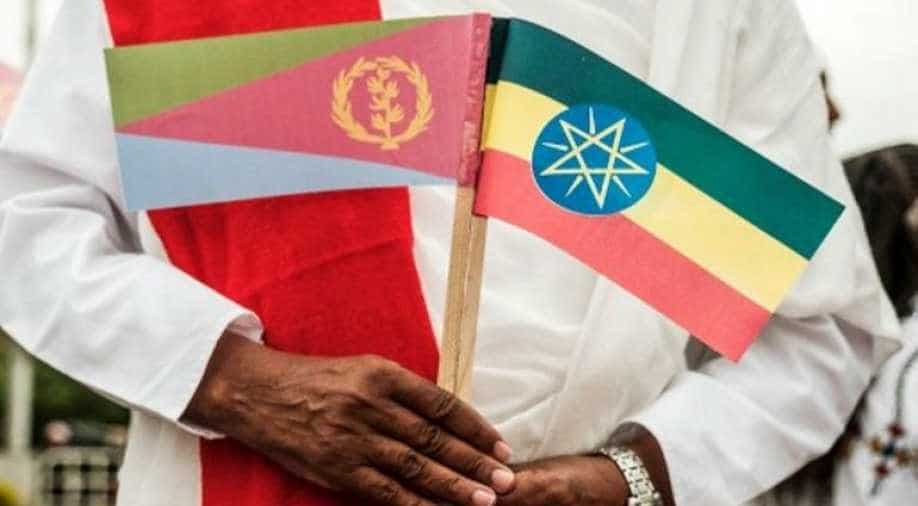 Eritrea and Ethiopia ended decades of tensions in 2018 after a whirlwind peace process for which Ethiopian Prime Minister Abiy Ahmed received the Nobel Peace Prize Friday.

Eritrea and Ethiopia ended decades of tensions in 2018 after a whirlwind peace process for which Ethiopian Prime Minister Abiy Ahmed received the Nobel Peace Prize Friday.

Here is a recap of the tensions and reconciliation between the Horn of Africa neighbours.

In 1962 Ethiopia proclaims the annexation of Eritrea, abolishing its autonomous status and effectively making it a province.

Eritrea launches a war for independence that lasts nearly 30 years.

They install a government and gain full independence in 1993, a secession blessed by Addis Ababa.

However, the 620-mile border between the neighbours is not properly defined and the move deprives Ethiopia of its only entry point to the Red Sea.

In May 1998 skirmishes erupt after Eritrean forces enter the area around Badme, claiming the town under borders drawn during Italian colonial rule.

Fighting spreads and in June the warring sides carry out airstrikes.

The ensuing conflict is marked by trench warfare and large-scale pitched battles, alternating with long periods of calm.

In June 2000 the two sides reach an initial peace accord that allows for the deployment of a U.N. peacekeeping force in a border buffer zone.

An official peace pact signed in December 2000 establishes a Boundary Commission, which sits at the International Court of Arbitration in The Hague, to officially demarcate the disputed frontier.

In 2002 the commission attributes to Eritrea chunks of land along the border, including the contested town of Badme.

But Ethiopia rejects the ruling and requests an "interpretation, correction". The commission refuses.

Ethiopian forces continue to occupy Badme. The standoff delays the physical demarcation of the border as ruled by the commission.

Tensions rise with gunfire, landmines and troop movements near the border.

In May 2006, amid fears of a new all-out war, talks in London fail to end the standoff.

In June Ethiopia claims to have killed more than 110 rebels. Eritrea denies involvement.

There are regular attacks in border regions.

In June 2018, Abiy -- who had become prime minister in April -- announces Ethiopia will abide by the 2002 ruling requiring it to cede territory, including Badme, and withdraw its forces.

Eritrean President Isaias Afwerki hosts Abiy in Asmara on July 8 and cheering crowds line the streets to welcome him.

Direct telephone communications are restored for the first time in two decades.

On July 9 the two leaders sign a joint declaration declaring that the "state of war that existed between the two countries has come to an end".

Ethiopia reopens its embassy in the Eritrean capital on September 6.

And on September 16 the countries sign a peace agreement at a summit in Saudi Arabia.