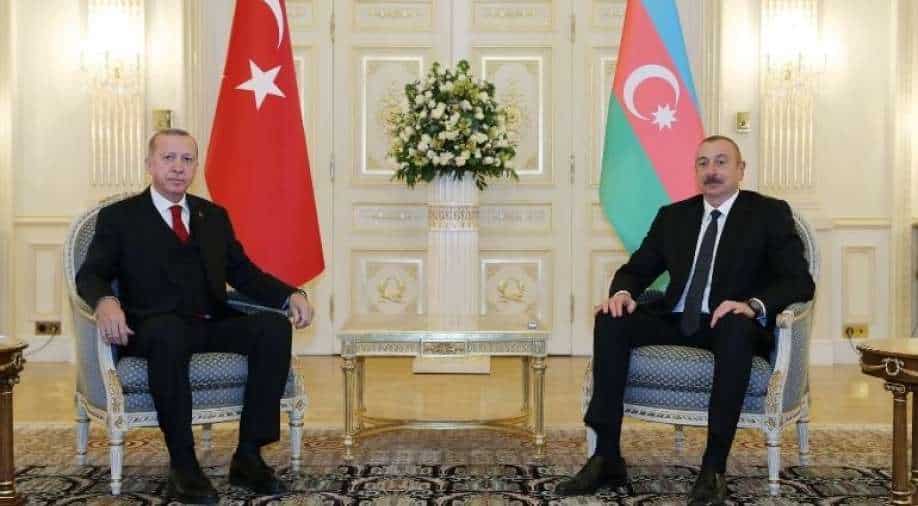 And amid the tense ties, Turkish President Recep Tayyip Erdogan, who fuelled this week war, has landed in Baku to survey the reins

Despite a month after the peace deal between Armenia and Azerbaijan was signed, the crisis is far from over.

In the latest, Yerevan has accused Baku of using phosphorous bombs during the fight.

Azeri president, on the other hand, has said that the country will not shy of "breaking Armenia's back with an iron fist".

Also read | Azerbaijan's struggle will continue on many other fronts, says Erdogan during military parade

And amid the tense ties, Turkish President Recep Tayyip Erdogan, who fuelled this week war, has landed in Baku to survey the reins.

He even reviewed a parade where Baku displayed the destroyed Armenian vehicles and dished out hate in plenty.

To the unversed, Erdogan provided military and diplomatic support to Azerbaijan during the conflict and even praised Baku's operations.

He even cheered "brotherly Azerbaijan with all our means and all our hearts".

"If the people of Armenia learn their lessons from what happened in Karabakh, this will be the start of a new era in the region," said Erdogan.

Karabakh is internationally recognised as a territory of Azerbaijan but until recently, it was populated and controlled by ethnic Armenians.

According to the peace deal brokered by Russia, broad strips of Nagorno Karabakh territory were handed over to Azerbaijan.

Even though troops in Baku are celebrating their victory, over 5,000 military personnel died in six weeks of fighting and all this because one man couldn't keep himself from adding fuel to the fire.